Urban Afterlife takes inspiration from a disused industrial setting that plants have begun to repopulate, break up, and return to a post-wilderness nature state.

As with many post industrial cities, Philadelphia has an abundance of hard, impermeable surfaces that are generally perceived as ugly or derelict. Building on the theme of the 2022 show: In Full Bloom: The Healing Power of Horticulture, we chose to explore the ways in which plants heal such spaces, creating spontaneous ecologies of their own and often without any human interventions. Our garden works with materials and artifacts that are typically excavated from a demolition site and buried in a landfill. We wanted to demonstrate the opportunity for these resources to have a second life, and to challenge ourselves to rethink not only what is considered waste, but what practices are actually sustainable. We gave ourselves a goal of restricting our use of virgin materials as much as possible, and also elevating the level of craft and construction to such a degree that adaptive reuse would be as compelling, inspiring and competitive as newer alternatives.

It was important to us to invite guests to walk into and experience the garden, so we have two axial pathways, which could represent the urban grid and also allude to the fundamental garden prototype of the four-square paradise garden. The water feature is the visual centerpiece, providing the calming sounds of dripping water, while also standing as a folly or phantom of the setting the garden is presumed to have replaced.

We have always had a penchant for a glaucous, scrubby, ruderal plant palette that is urban-adapted and naturally lends itself to the variable soil conditions created by rubble and detritus, which tends to be nutrient-lean and mineral-rich. The four trees that anchor the space are Osage Orange (Maclura pomifera) which is a tough tree found on the periphery of old fields and hedgerows. The understory layer is a sampling of a gravel garden planting at the height of late-spring display, many in silver and gray tones that we have found to be tolerant of humid, muggy mid-Atlantic region summers. Among the plants are such selections as Hippophae rhamnoides, Salix candida, Crambe maritima, Linaria purpurea, Macleaya cordata, Dipsacus fullonum, and more.

Each of the hardscape elements tells its own story. The ramps at the entrance points of the paths are made from reclaimed ipe decking from a residential rooftop in Queen Village. The pavers are made of saw-cut recycled concrete sidewalk slabs from a parking lot in Port Richmond. The paths are lined by bin block retaining walls that are formed with waste concrete from trucks returning to the plant with excess material, located in Kensington. The water tower sculpture is made from re-sawn Douglas fir joists that were salvaged from an old warehouse and milled anew in Manayunk. We owe its sleek and buildable design to our good friend and architect, David Moses. The low rubble curbs that encompass the garden are made from found brick and cobble fill in Germantown.

We hope that guests find the garden beautiful and thought-provoking, and that the project manifests that the second life of abandoned urban spaces and materials has value. 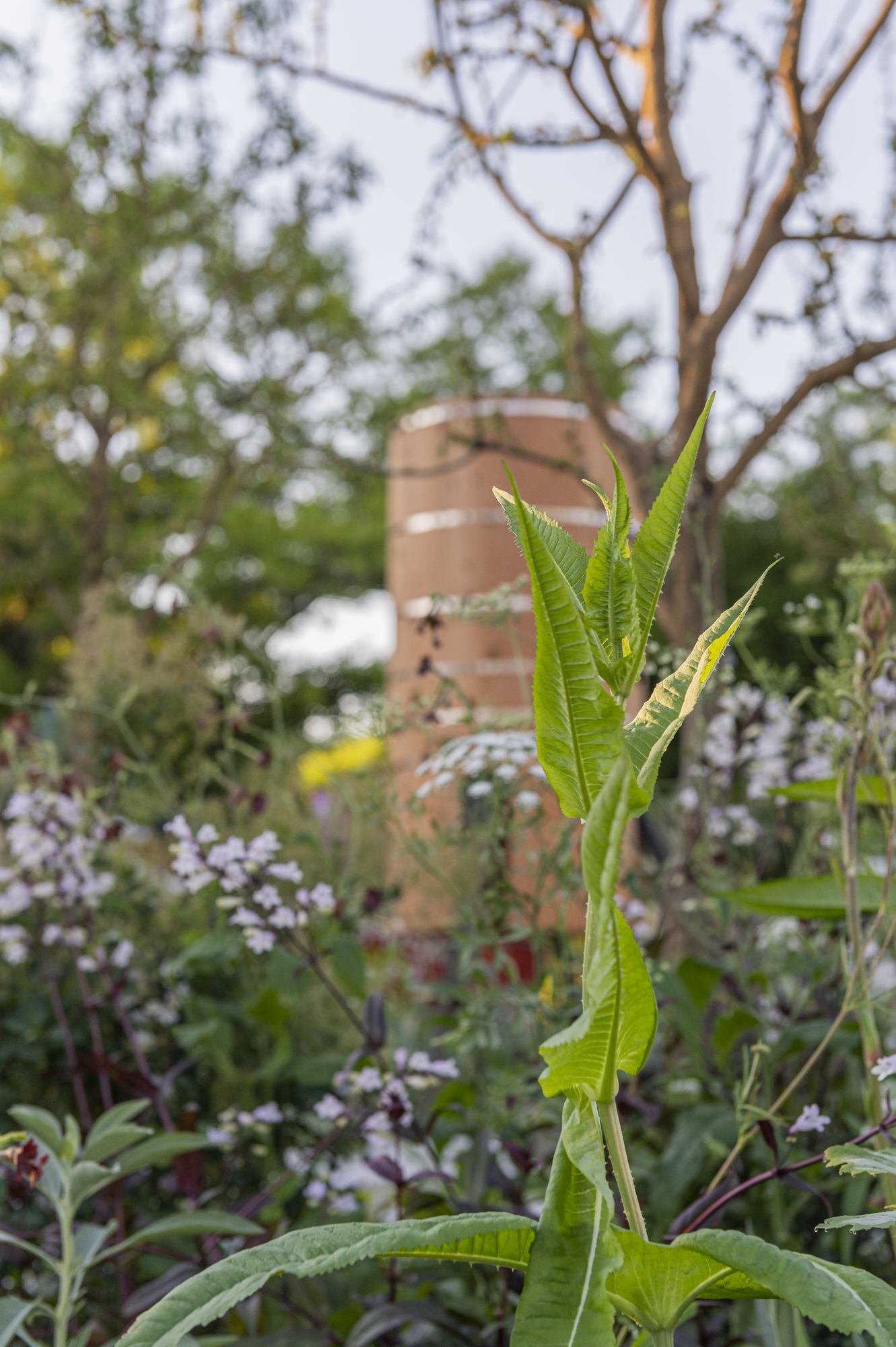 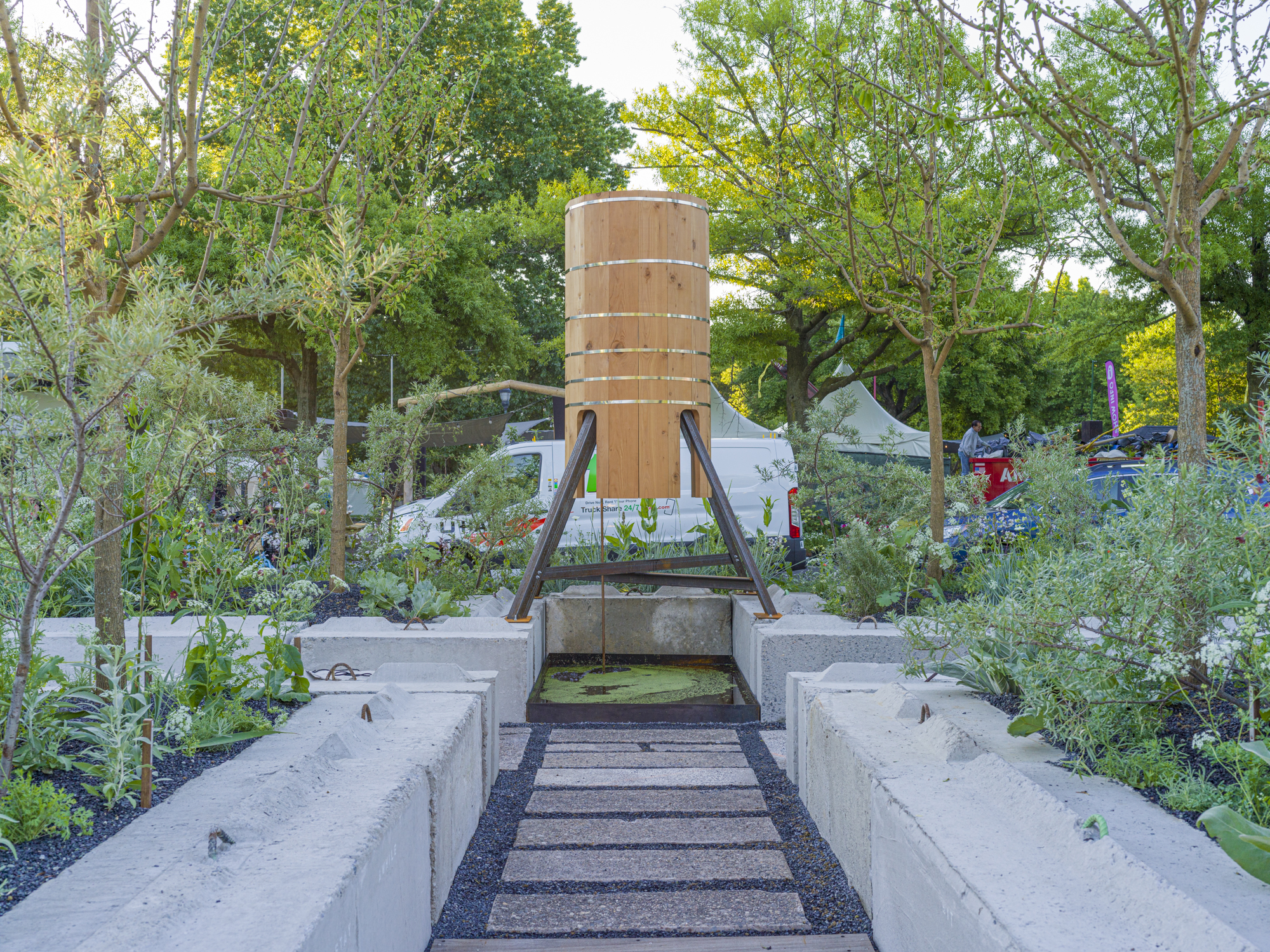 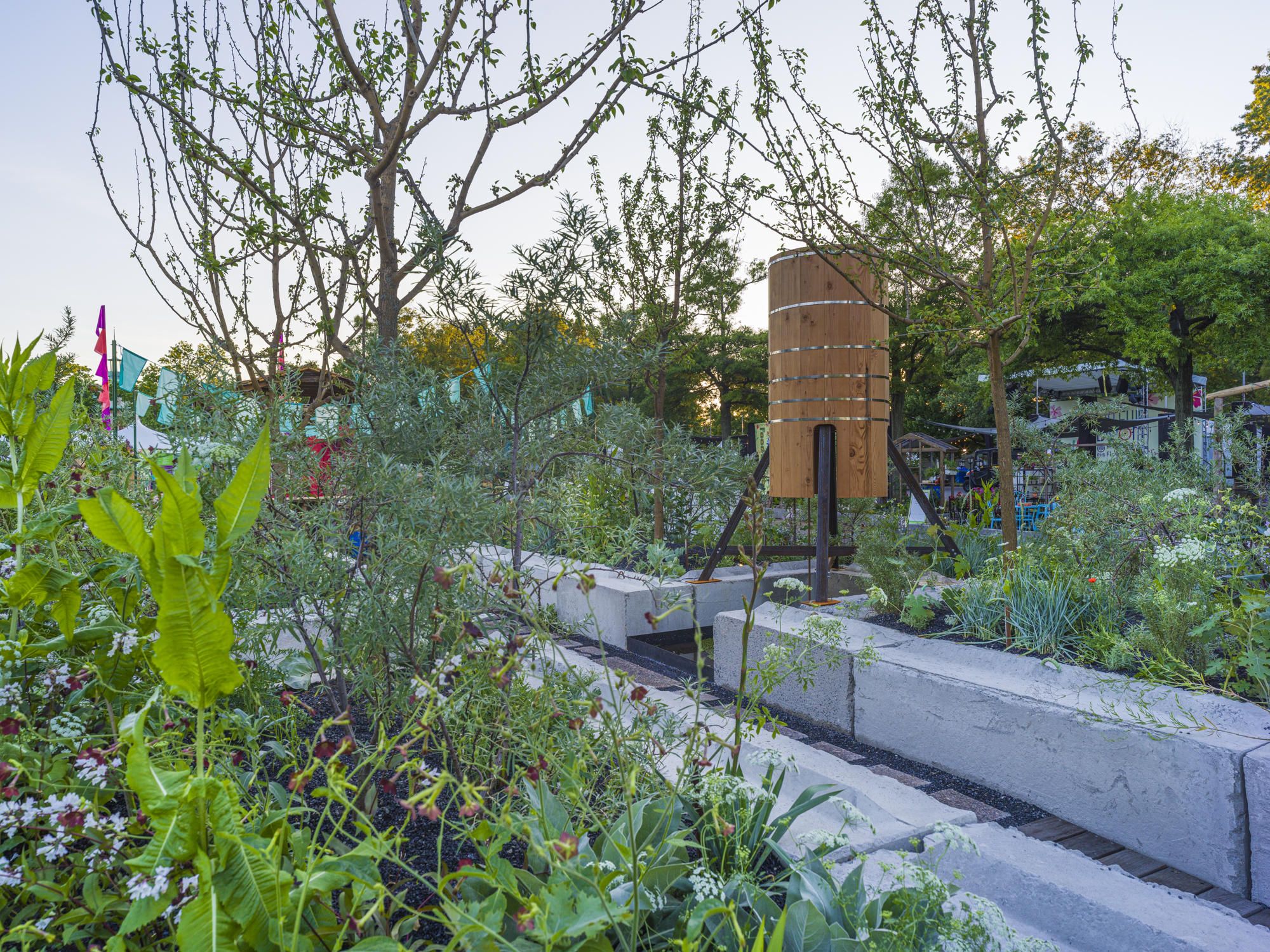 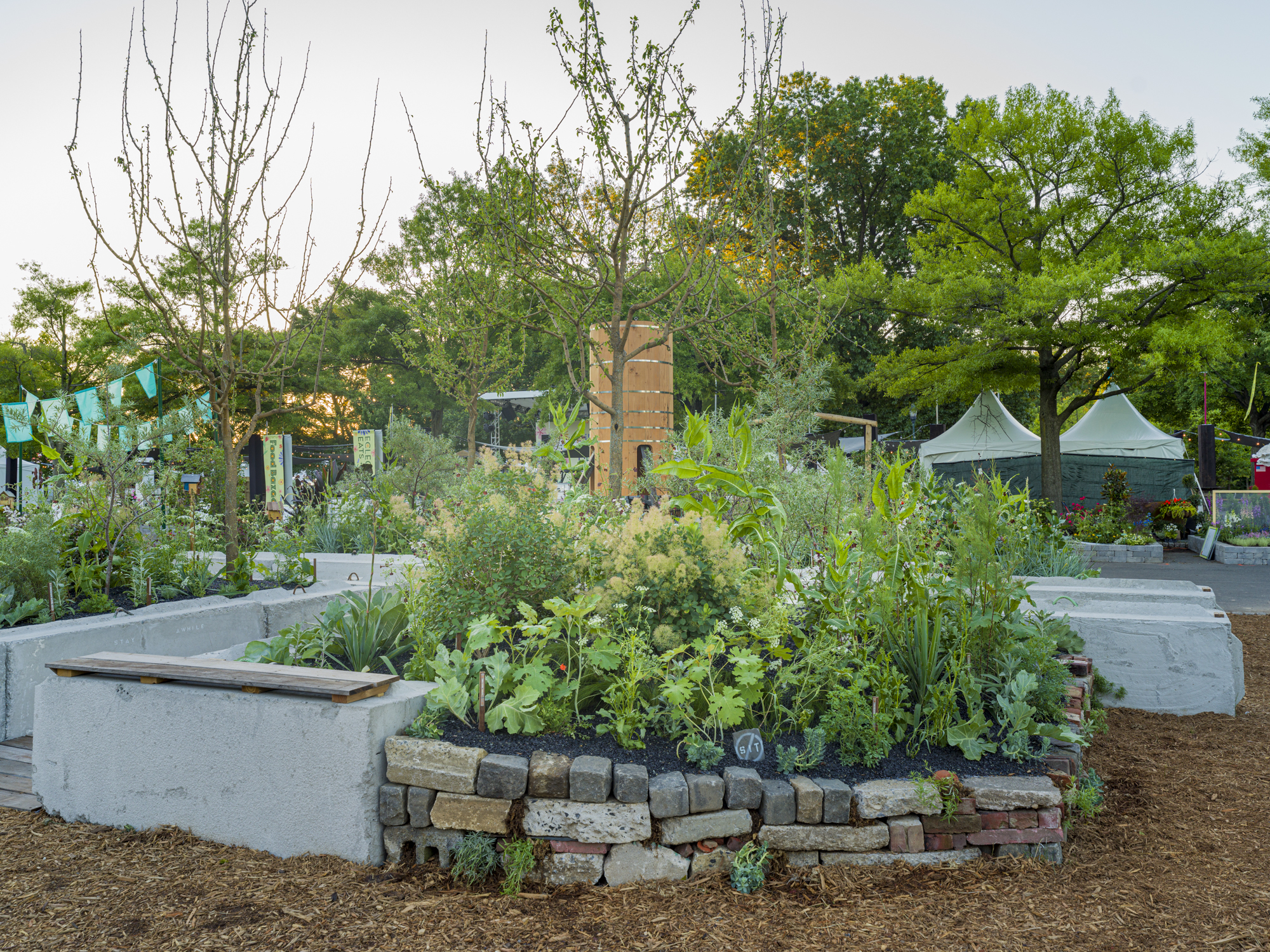 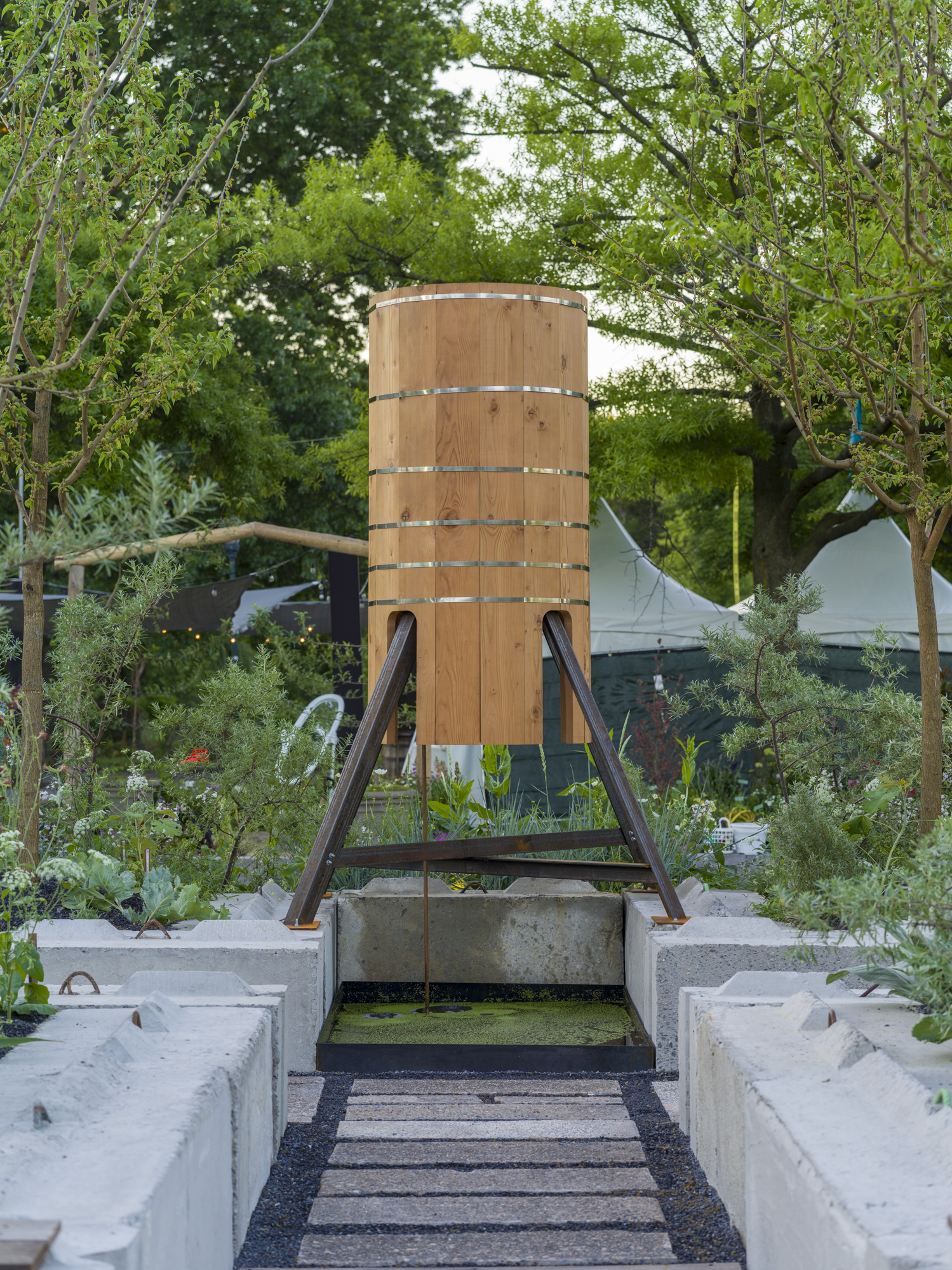 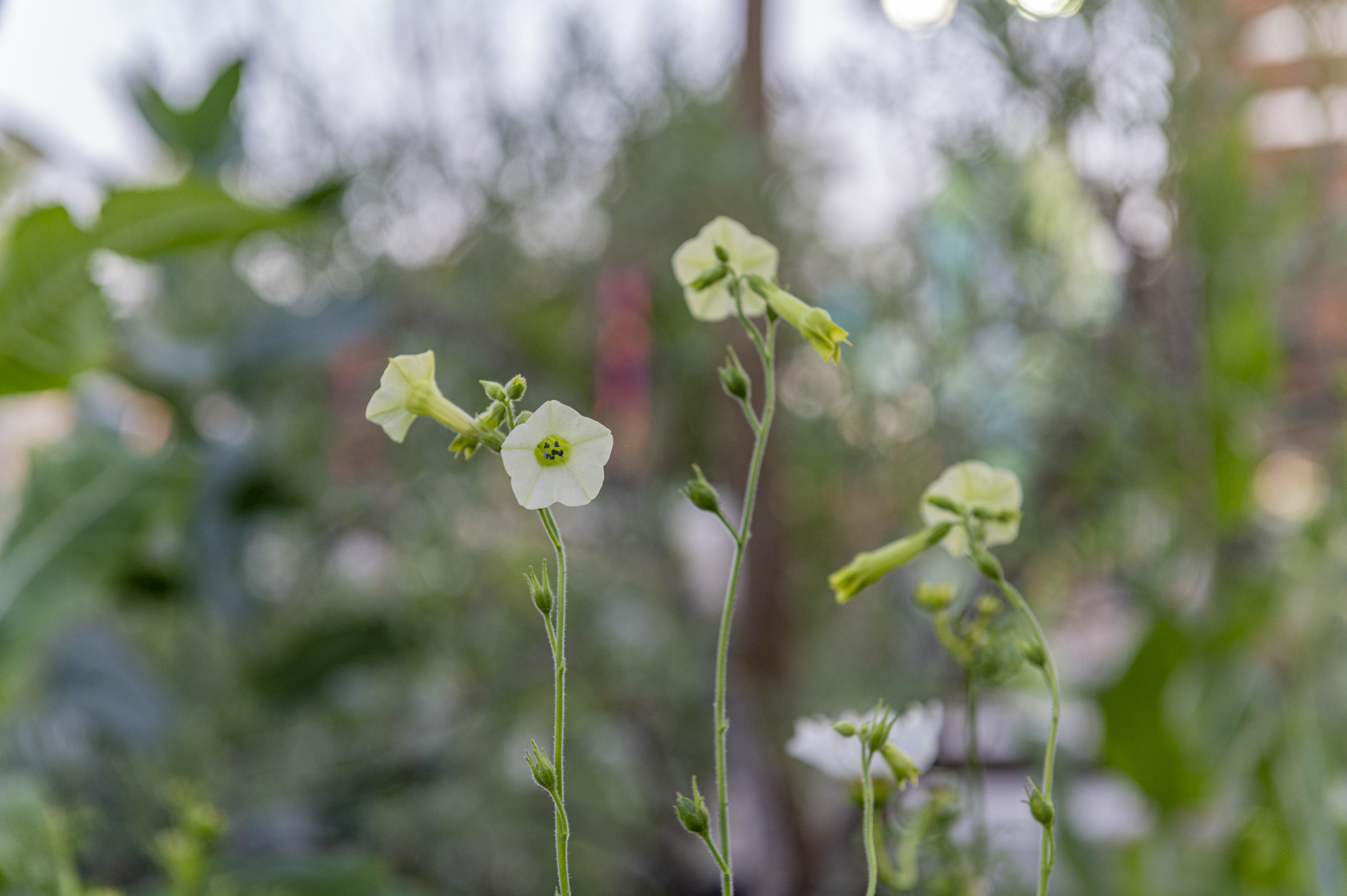 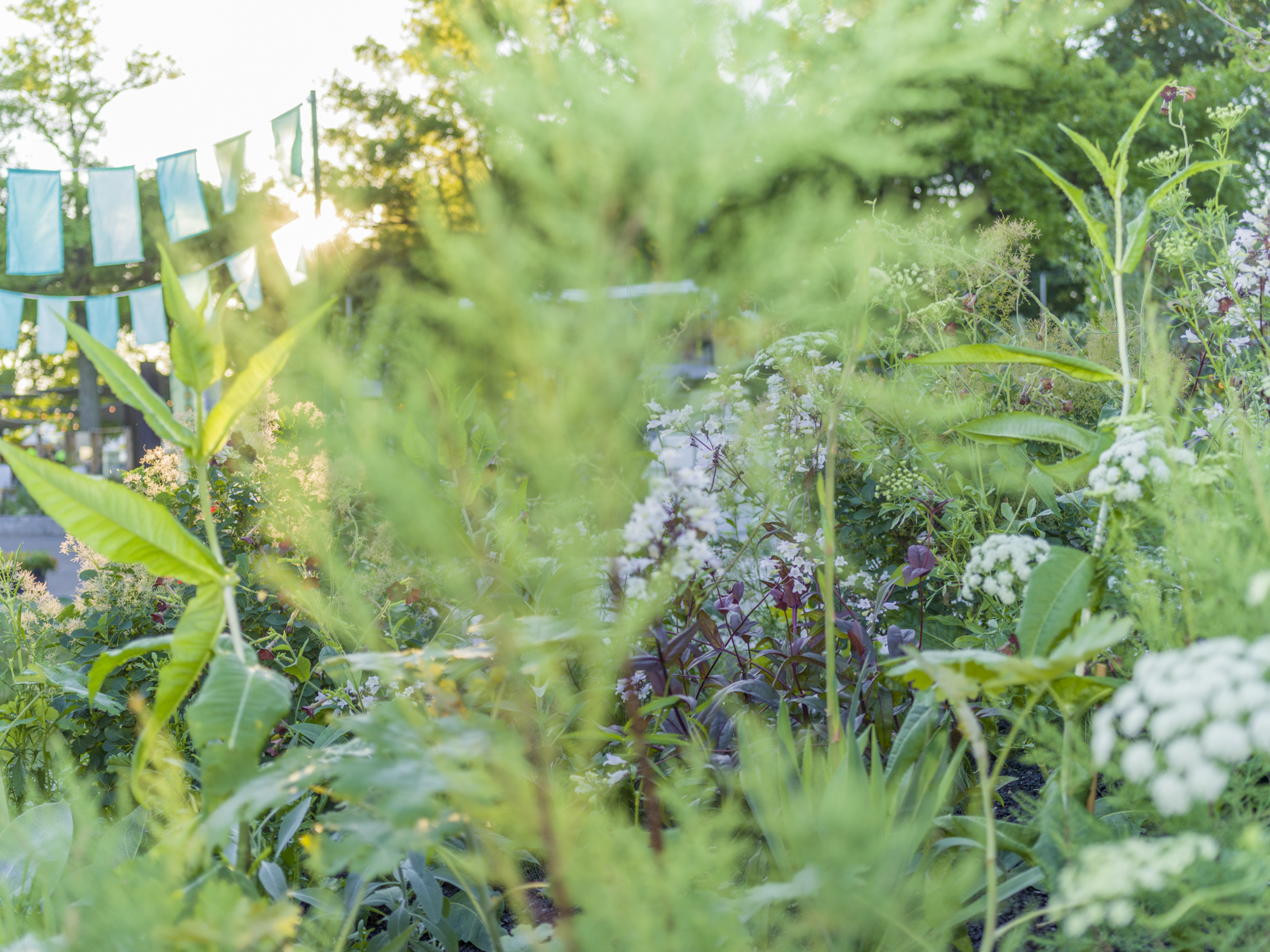 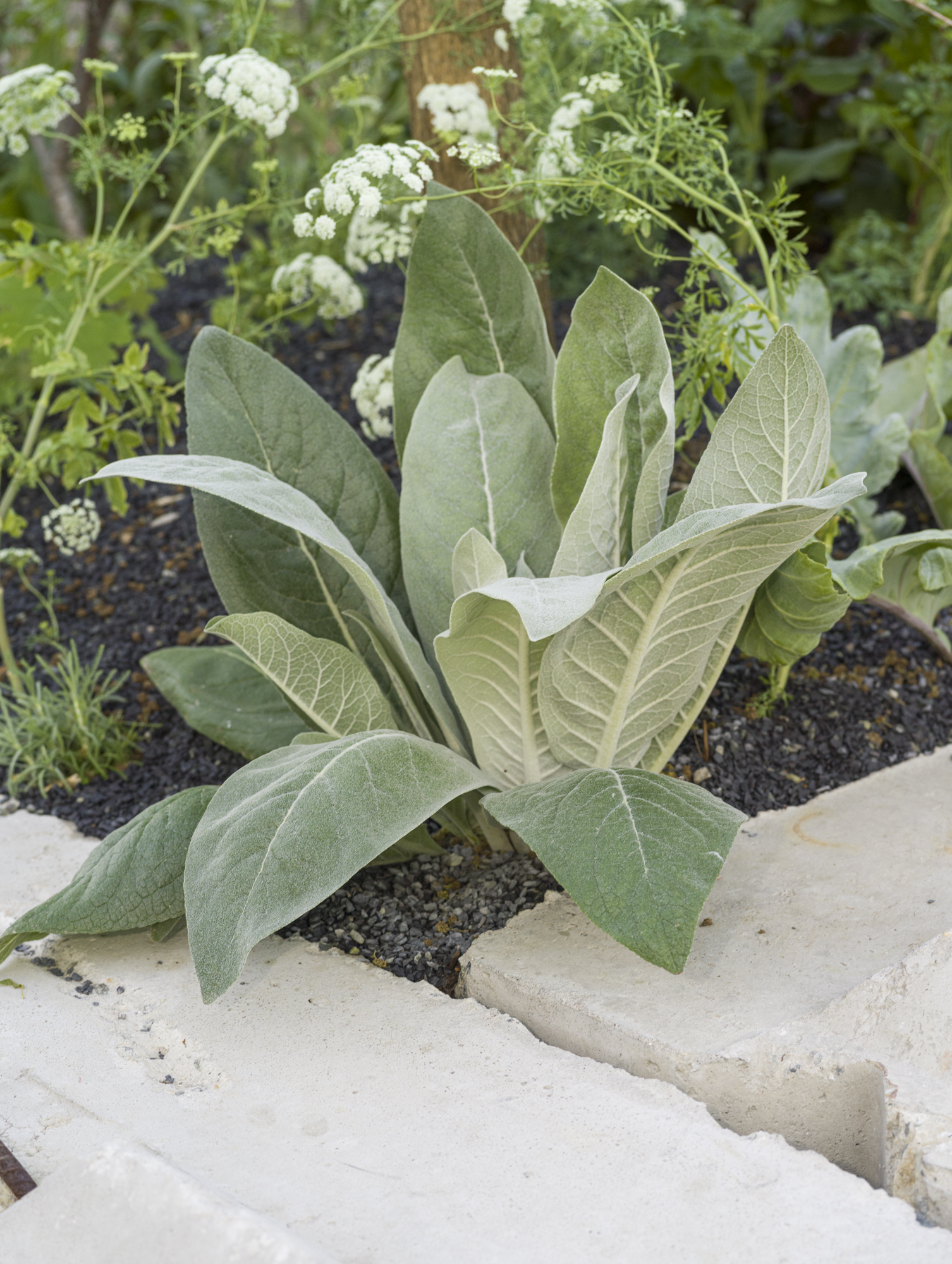 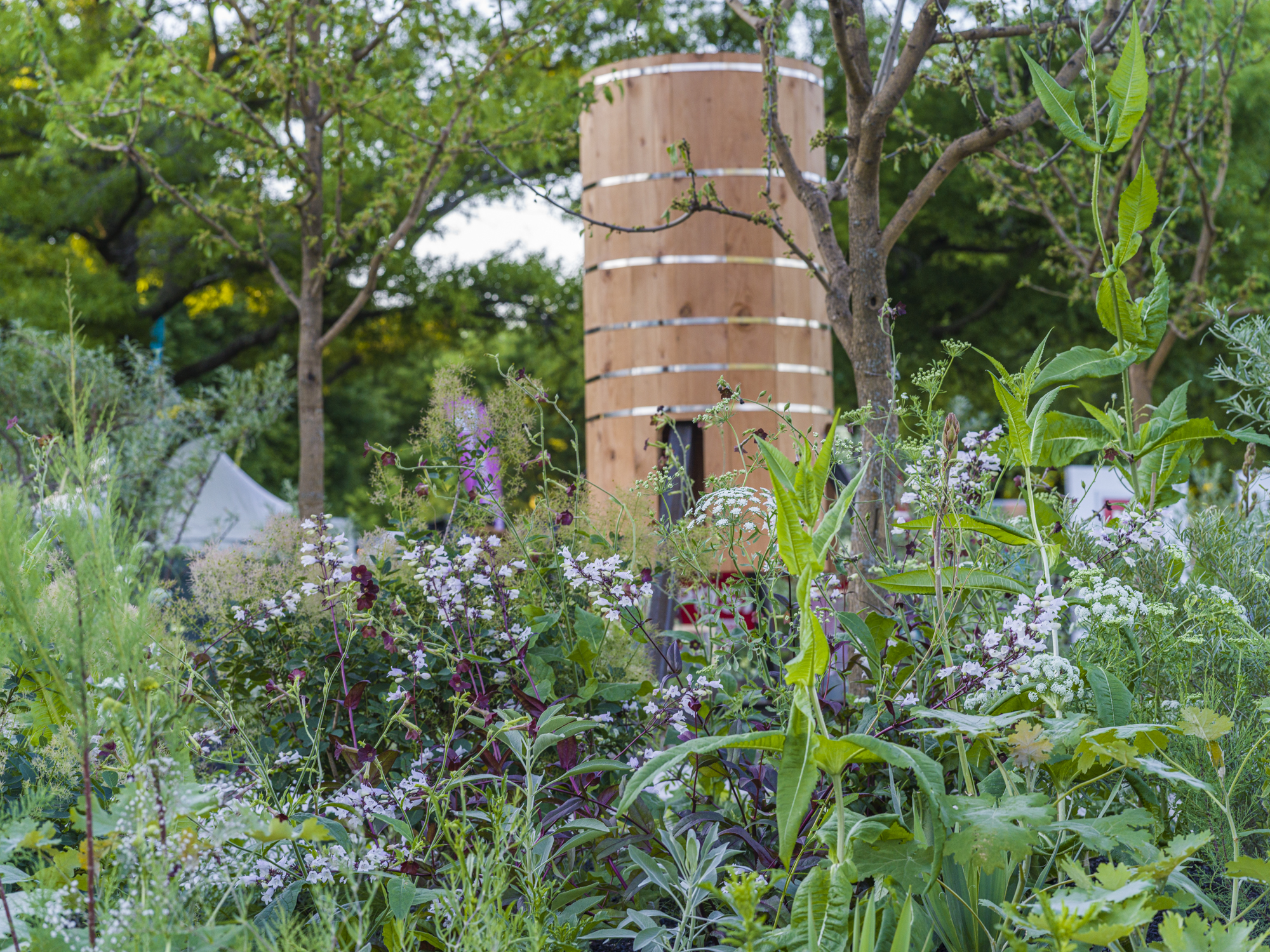 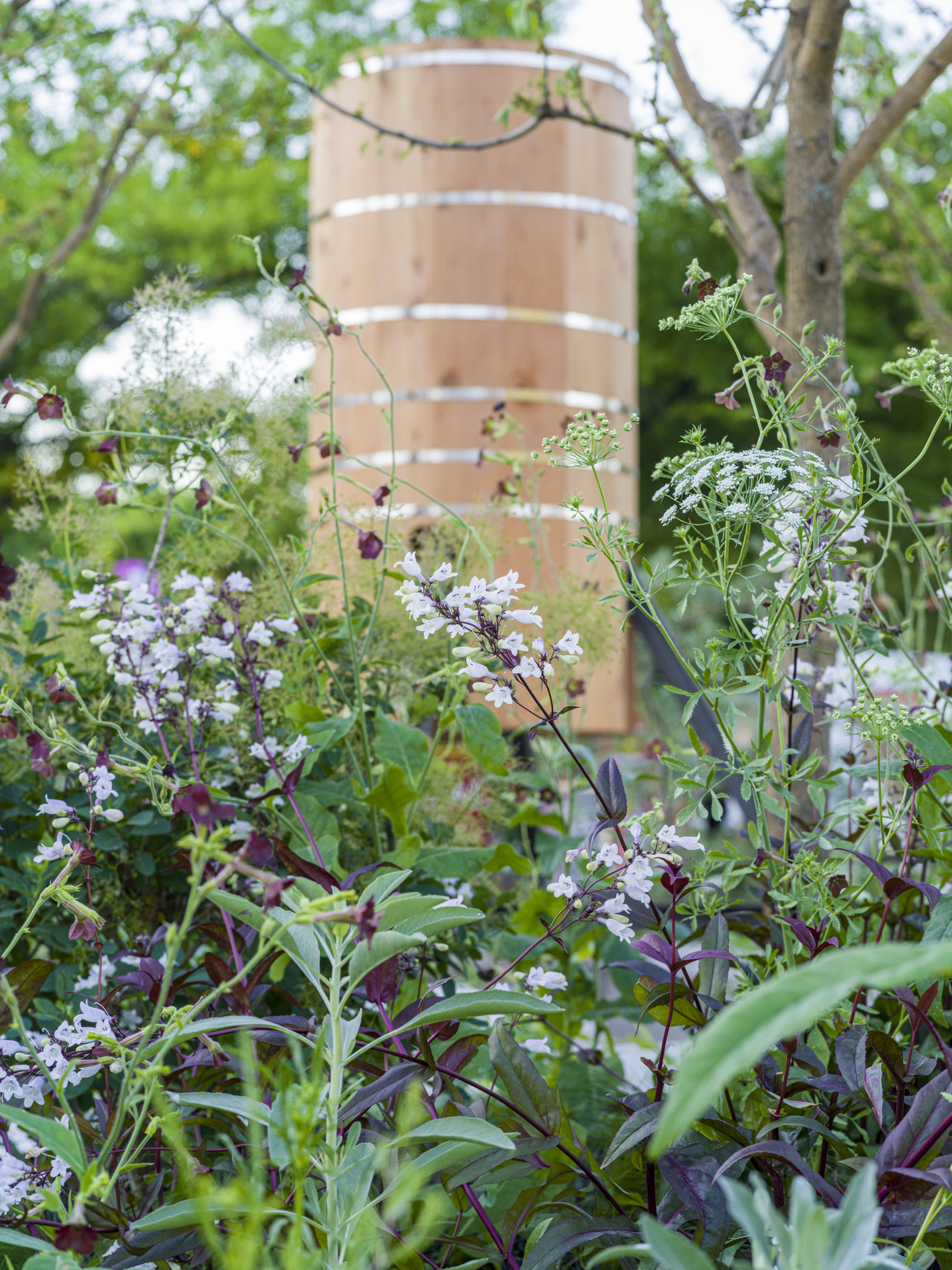 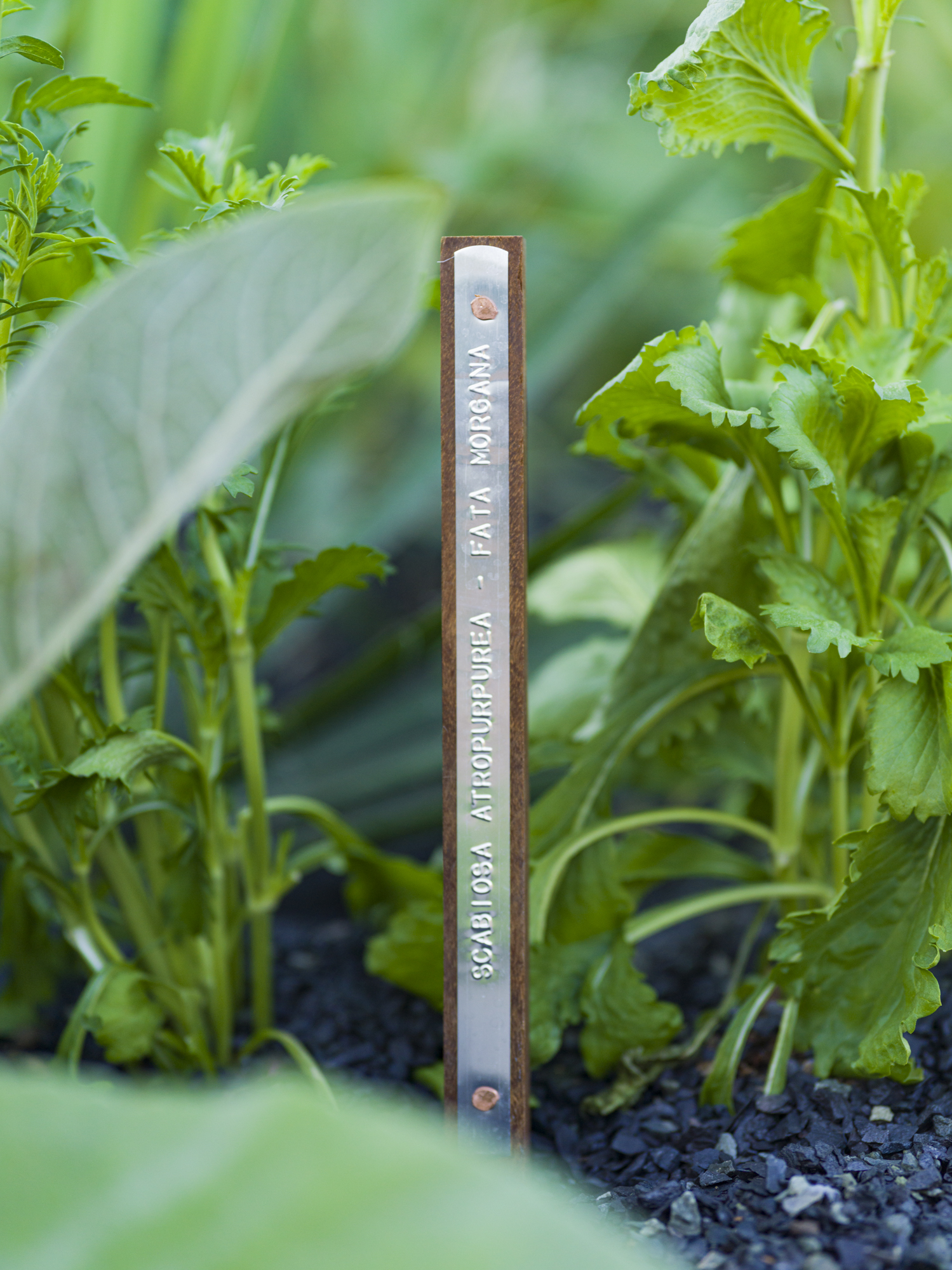 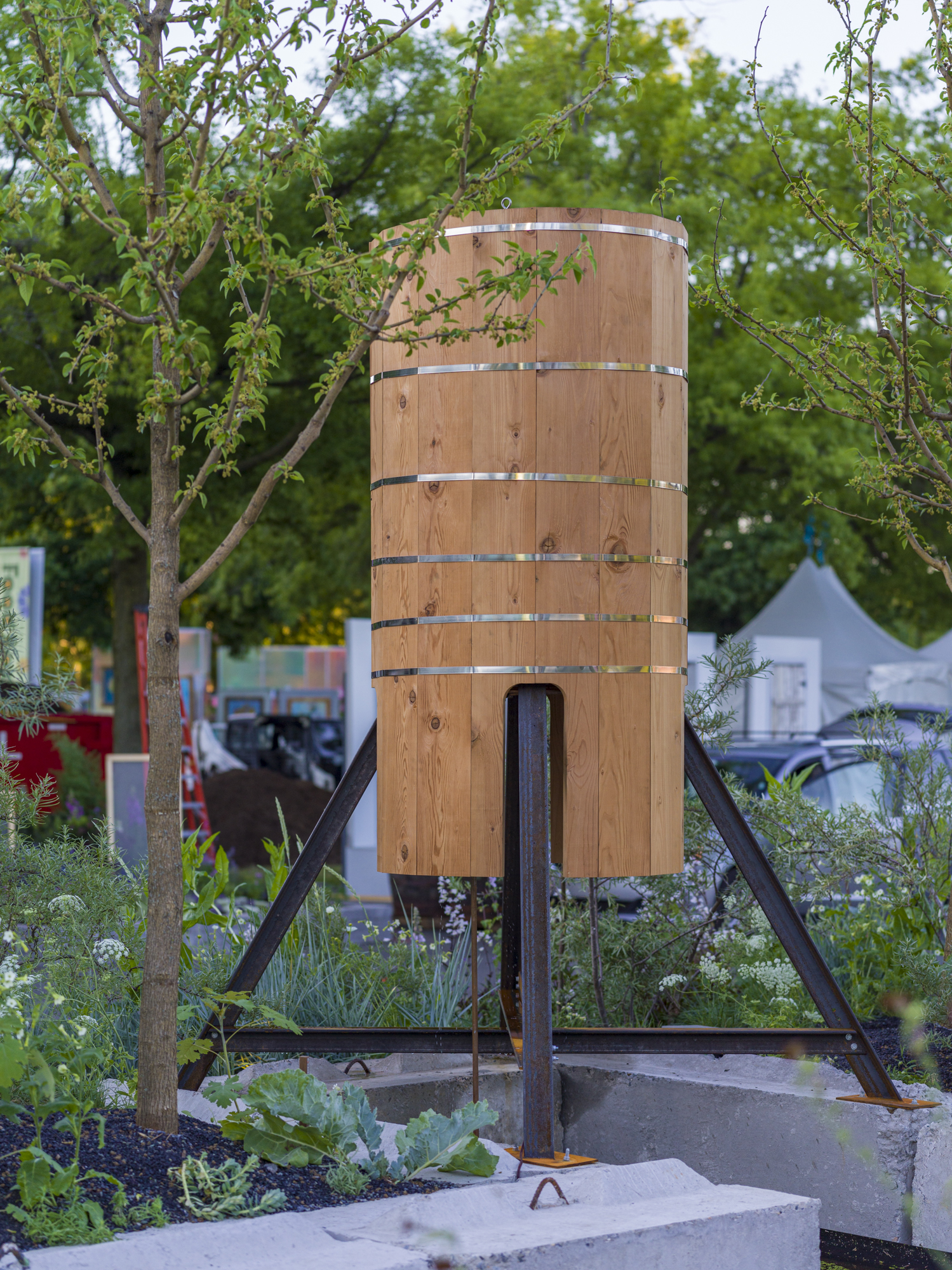 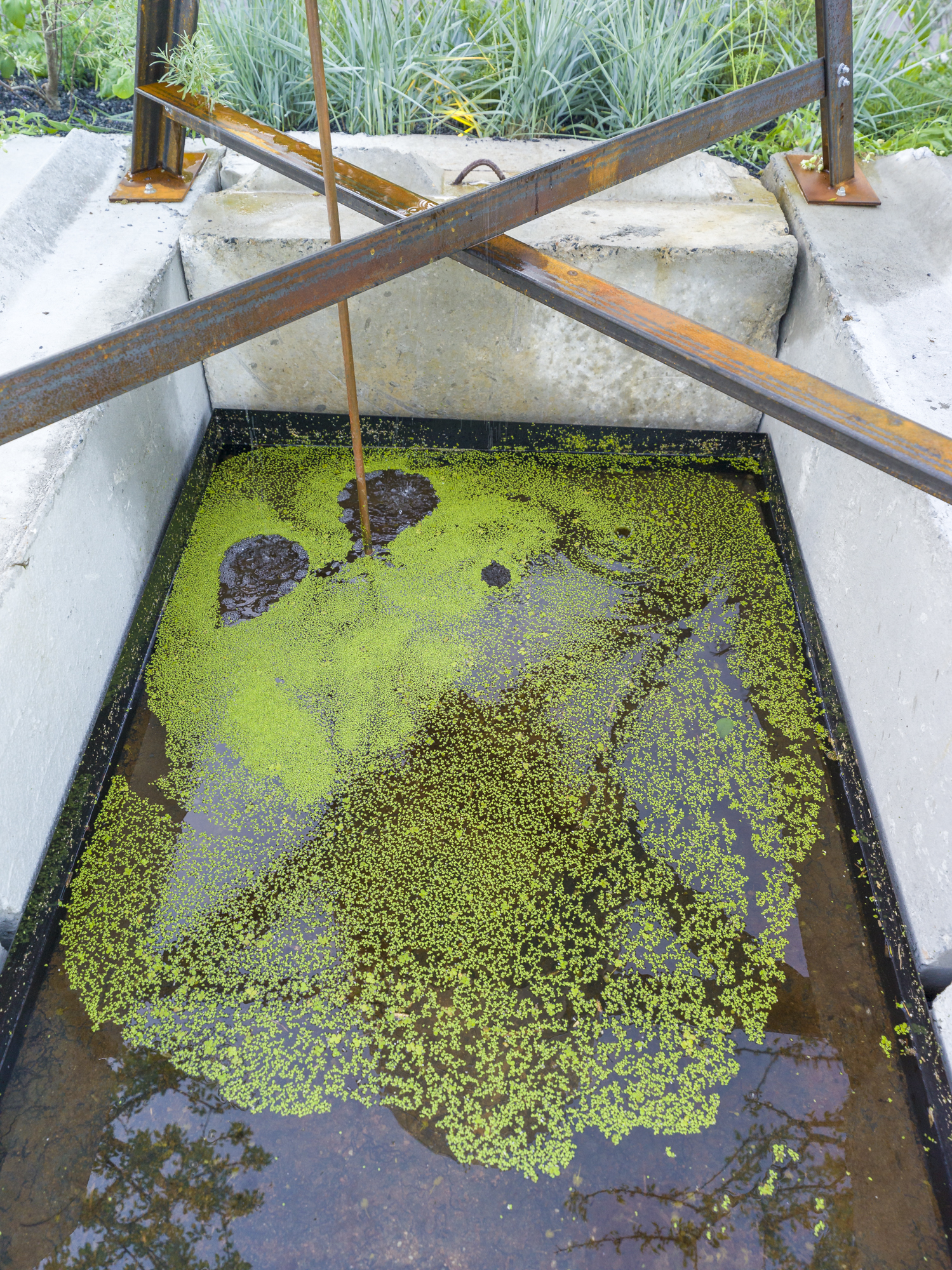 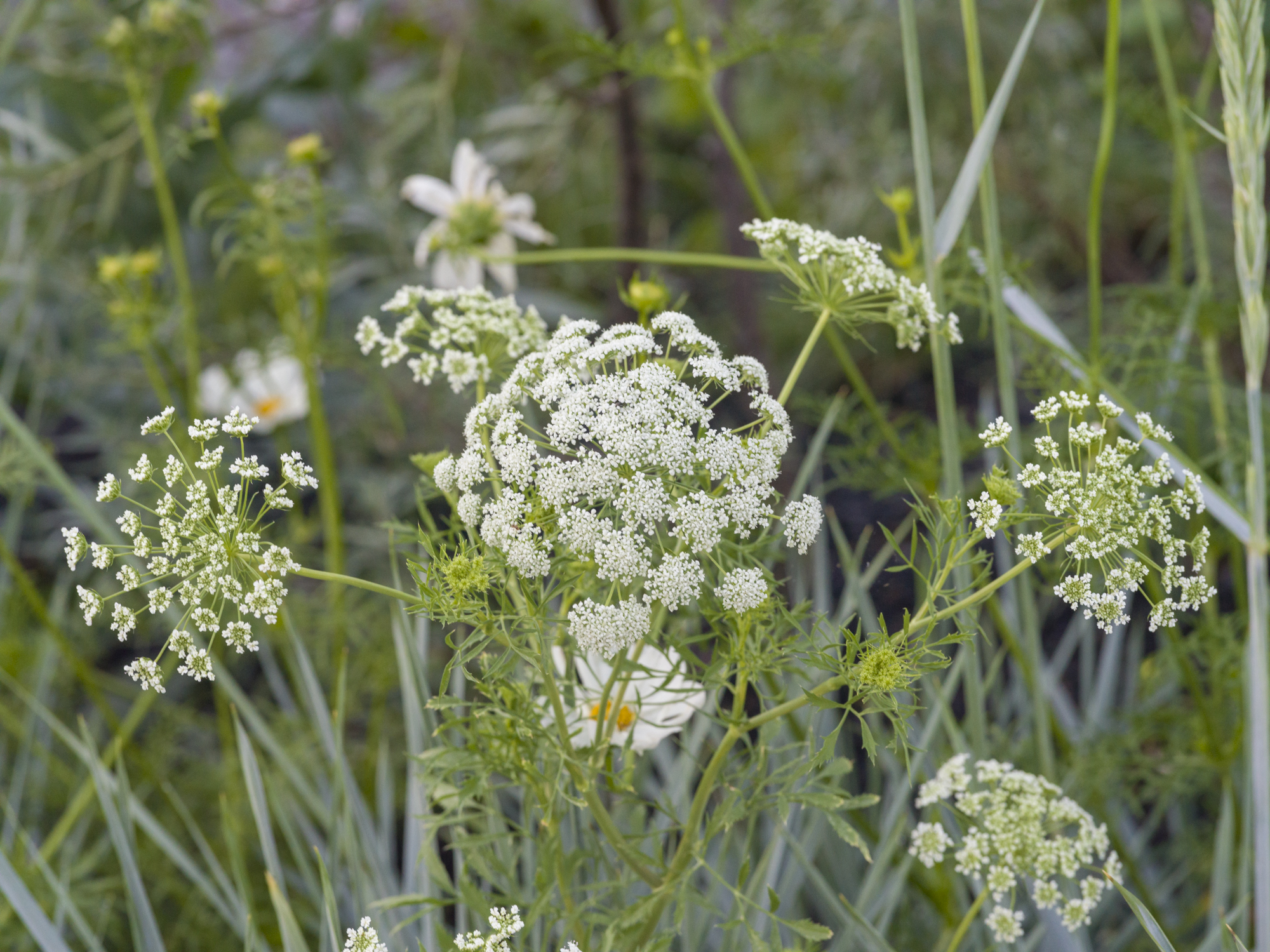 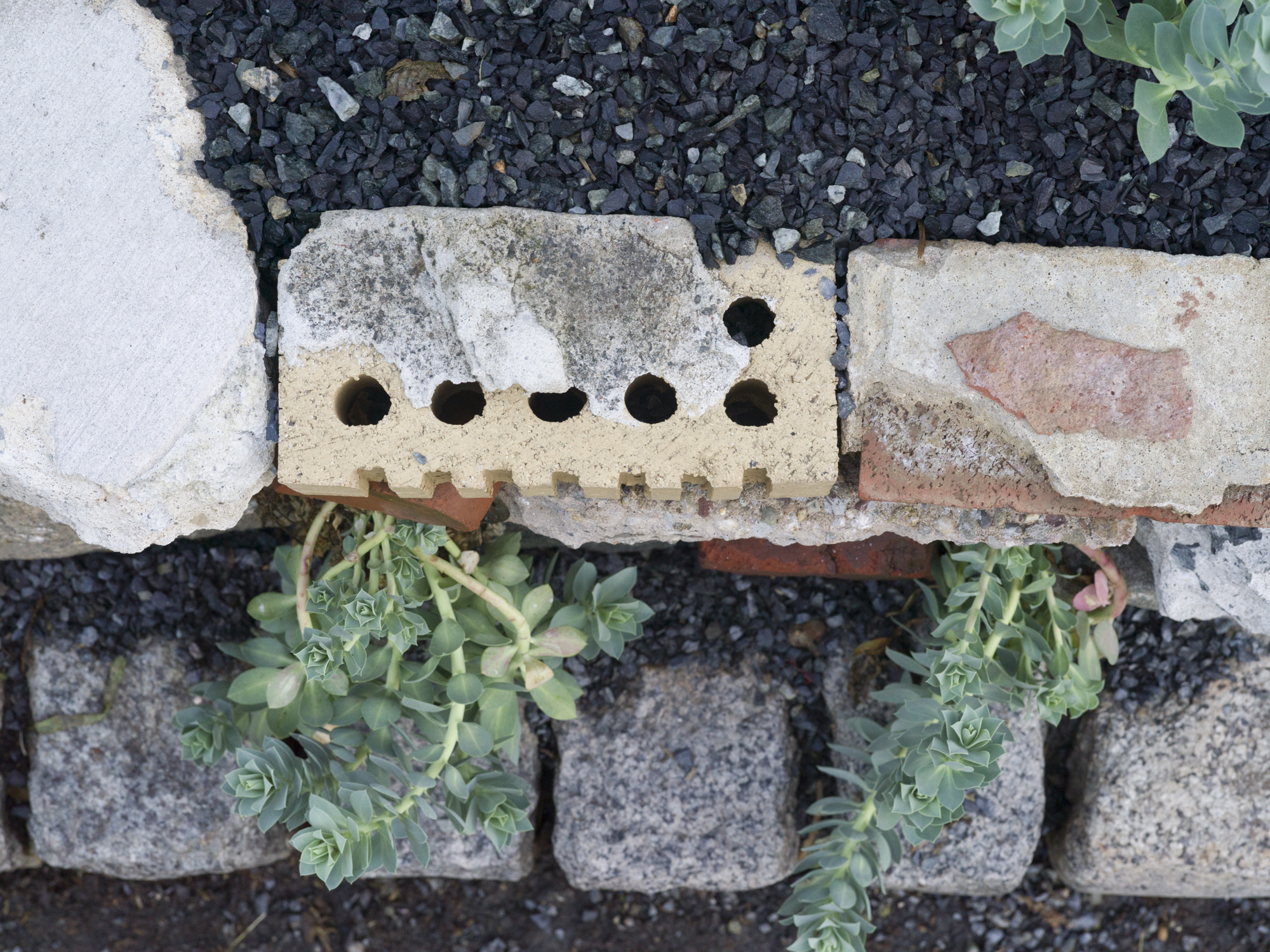 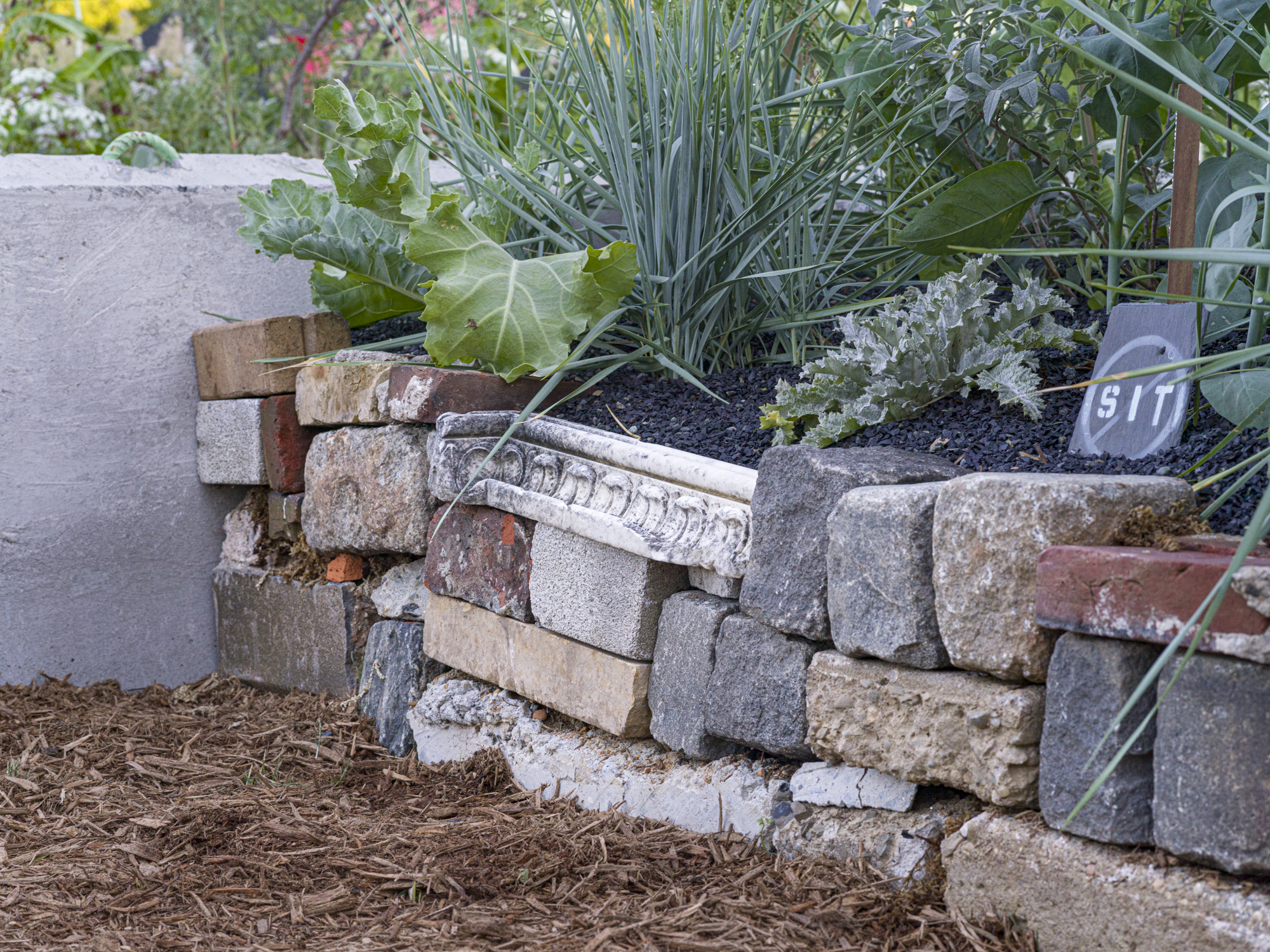 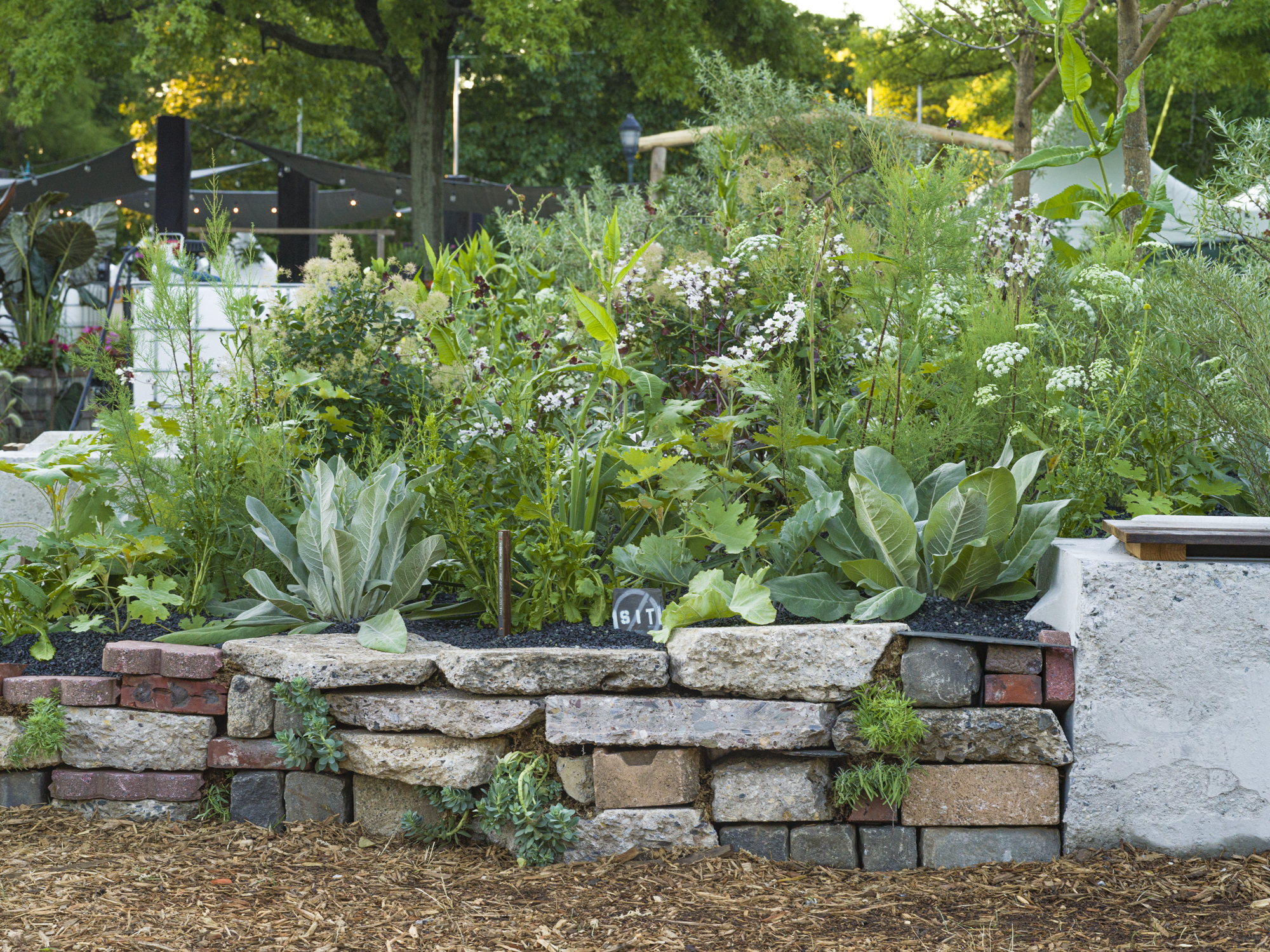 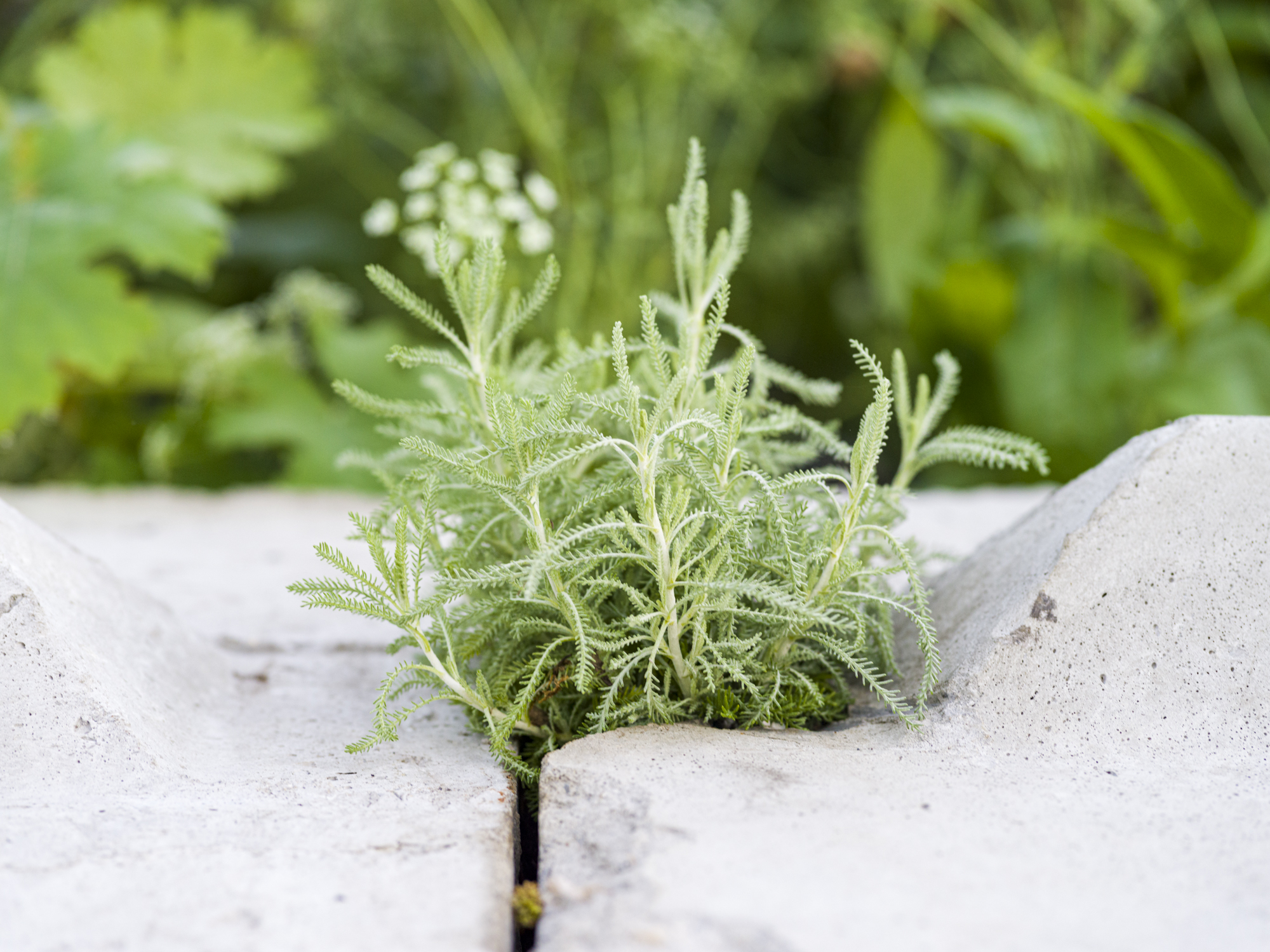 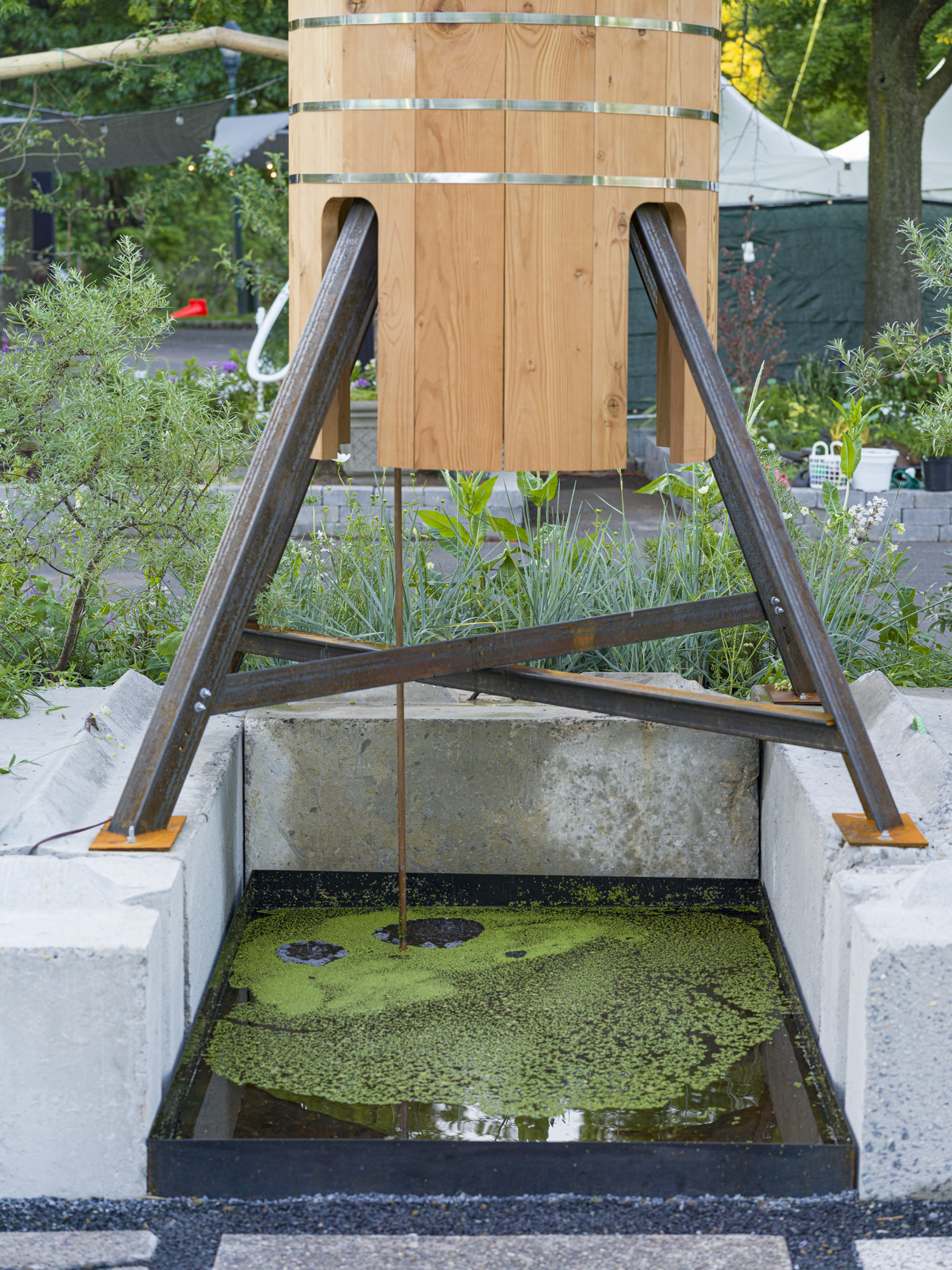 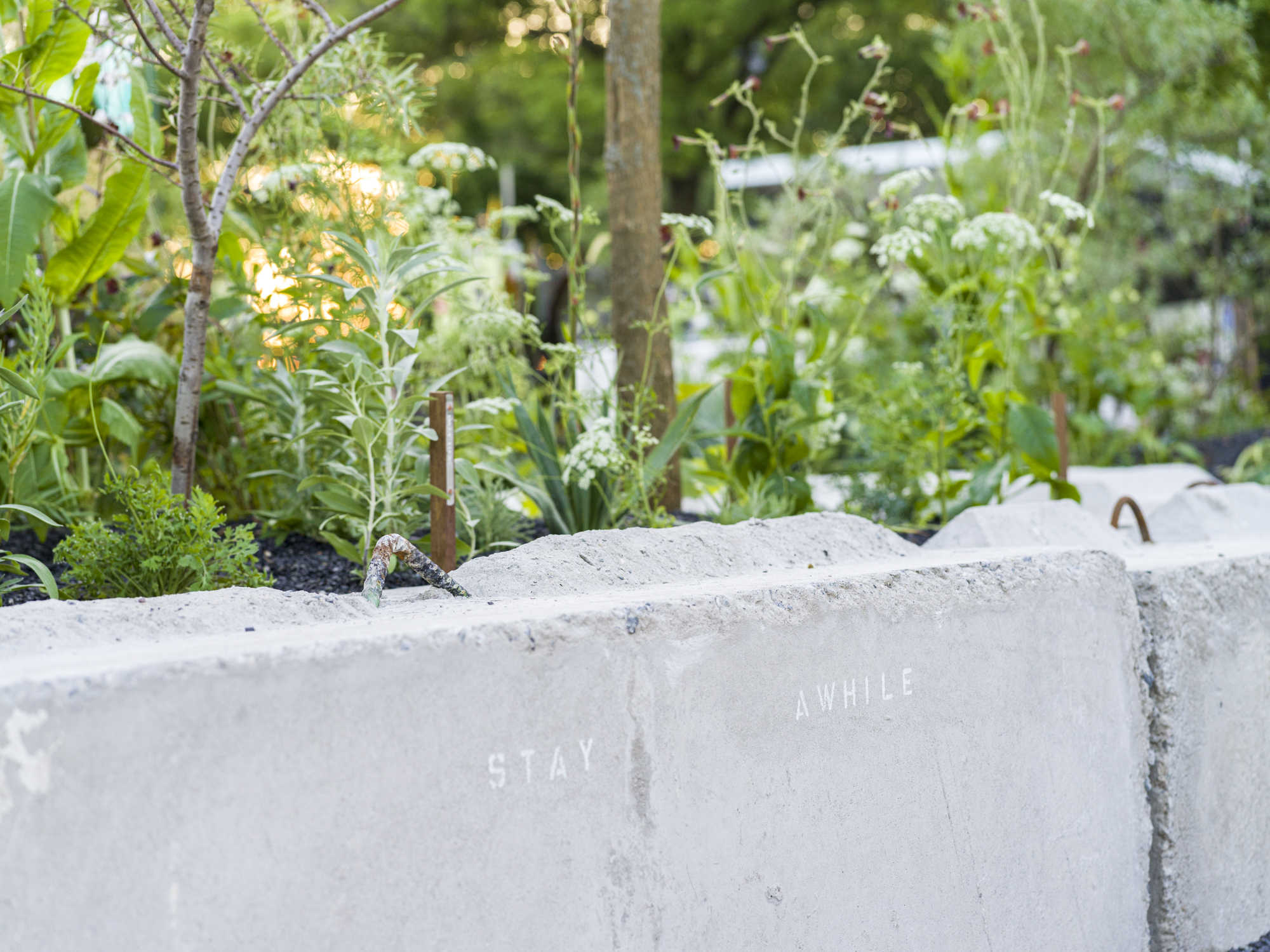 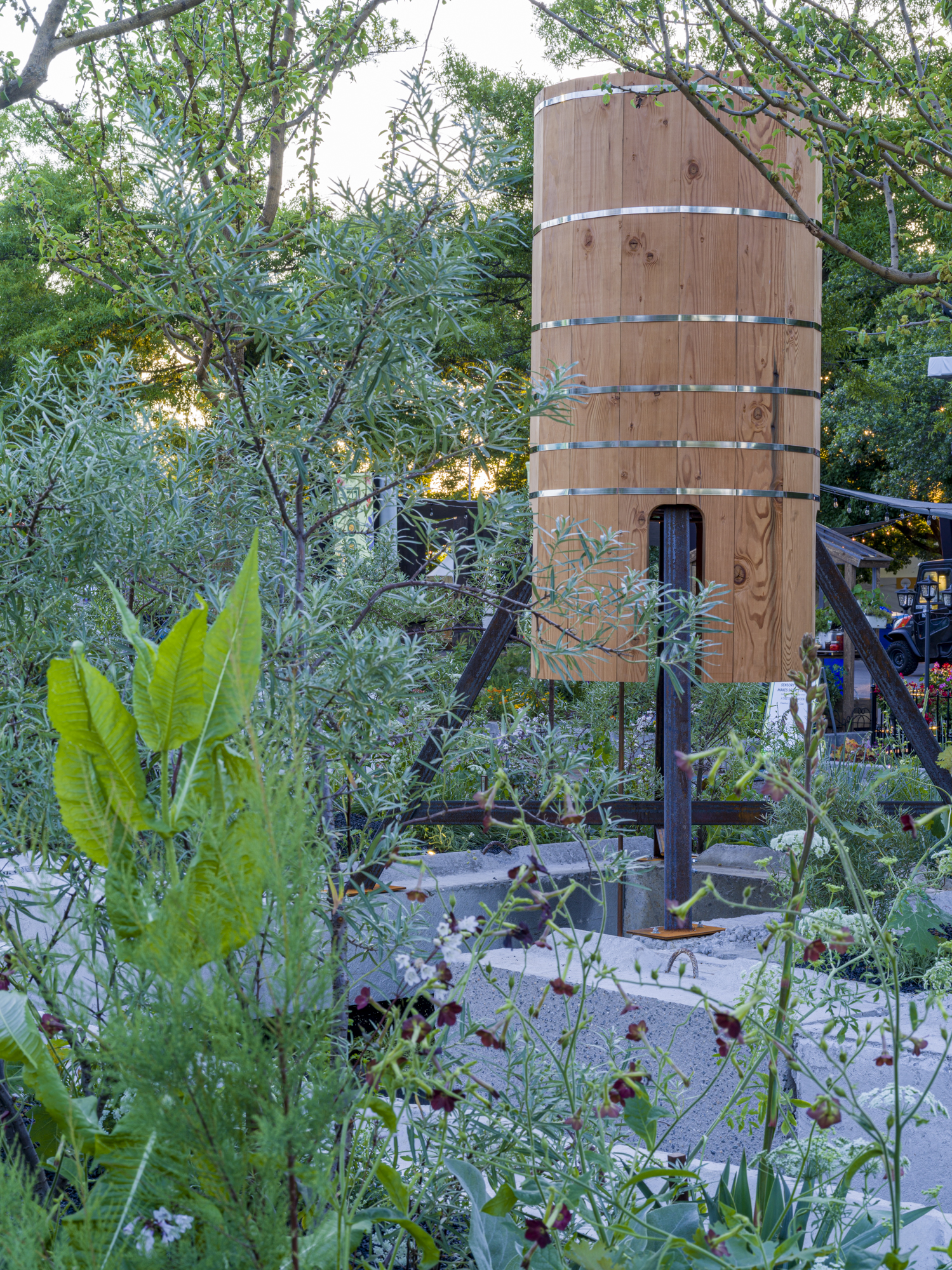 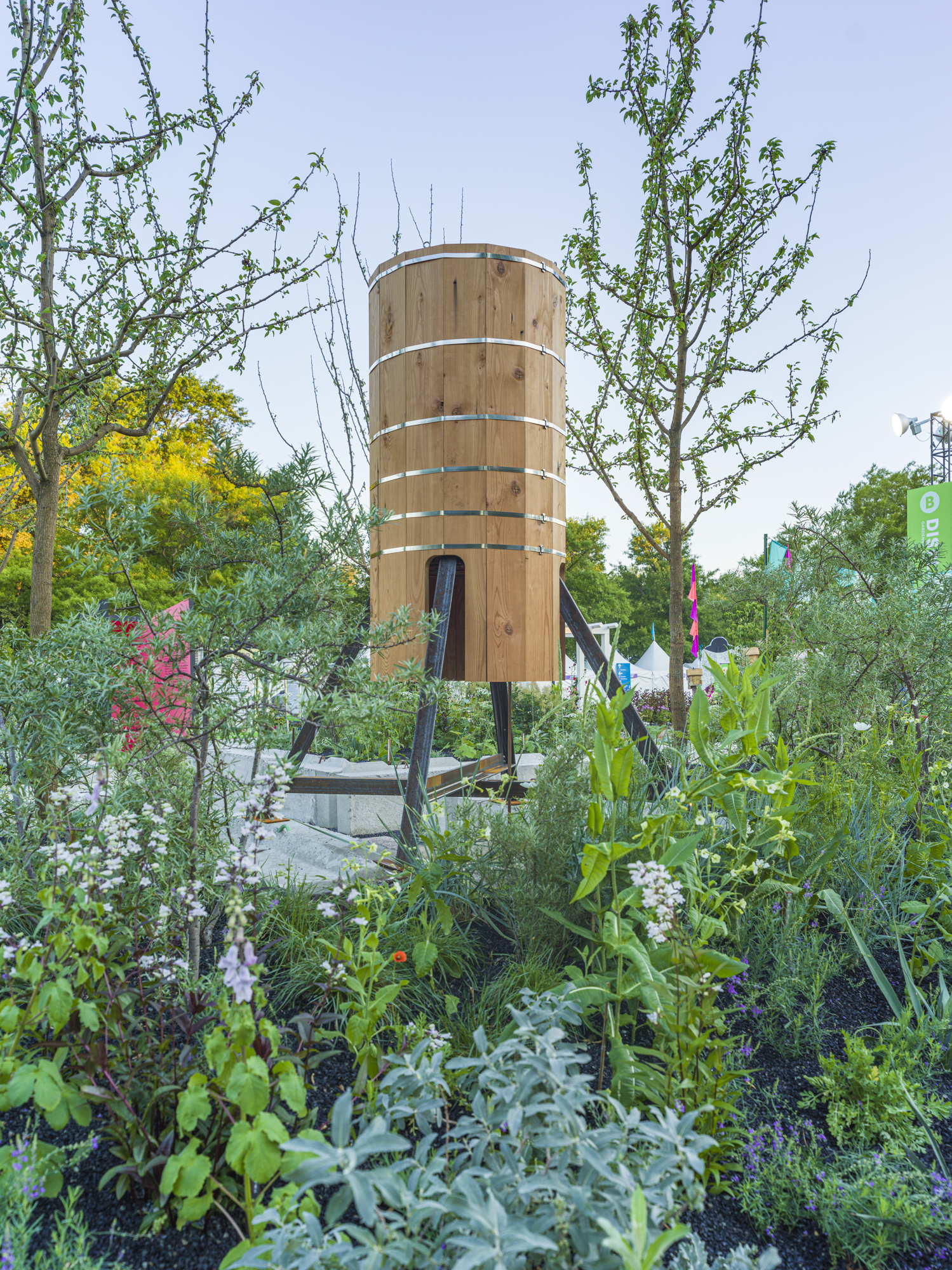 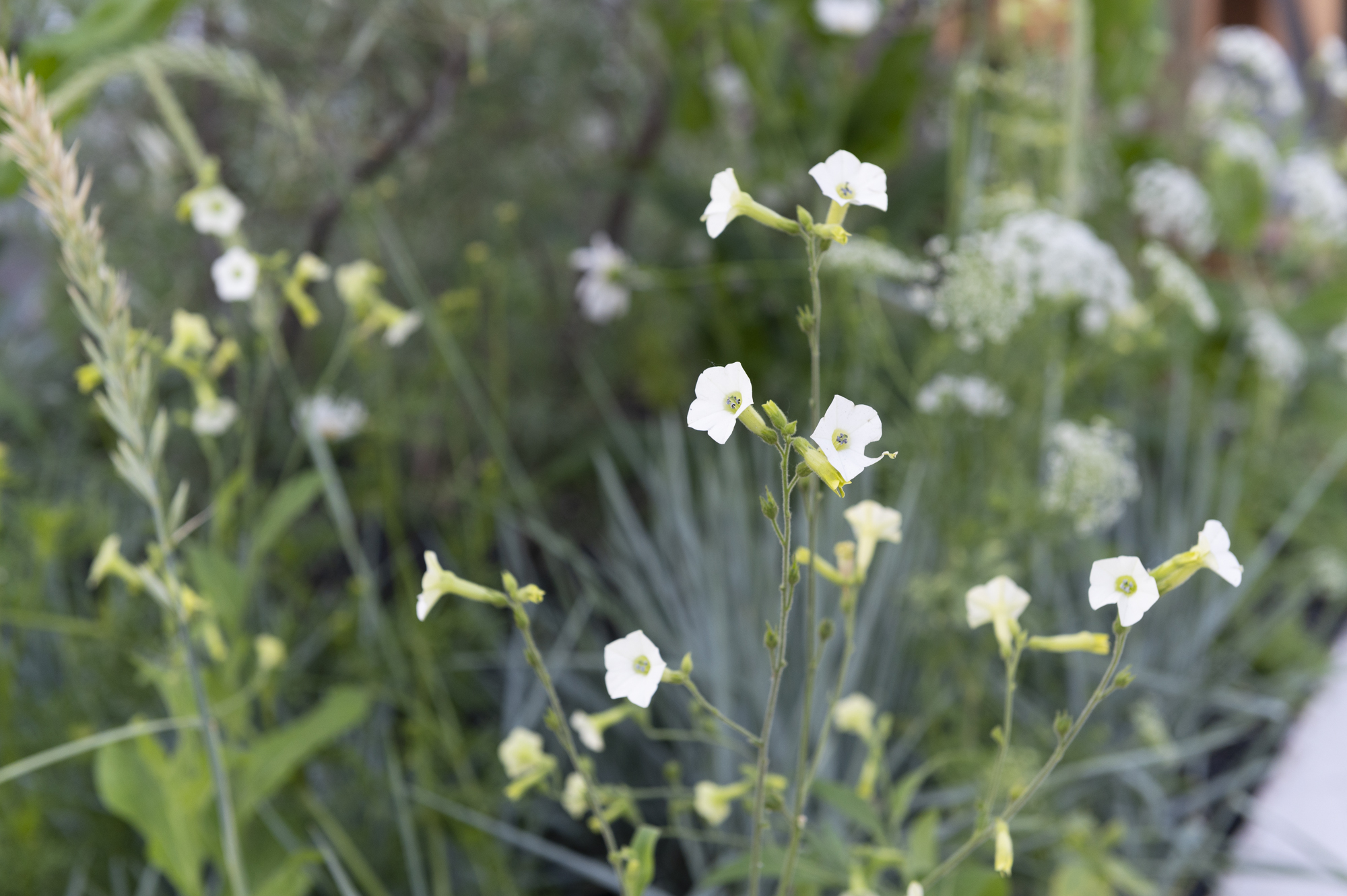 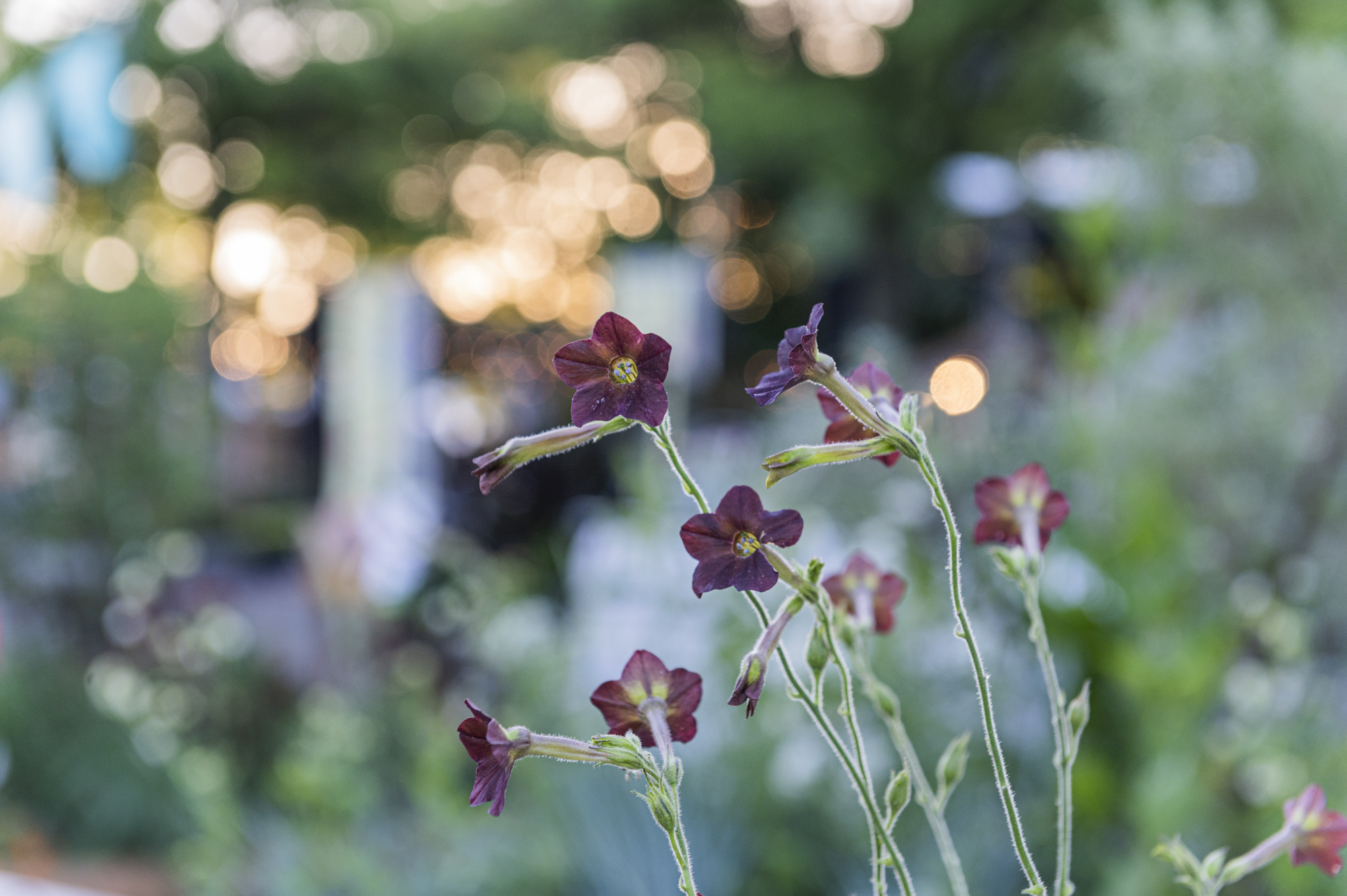 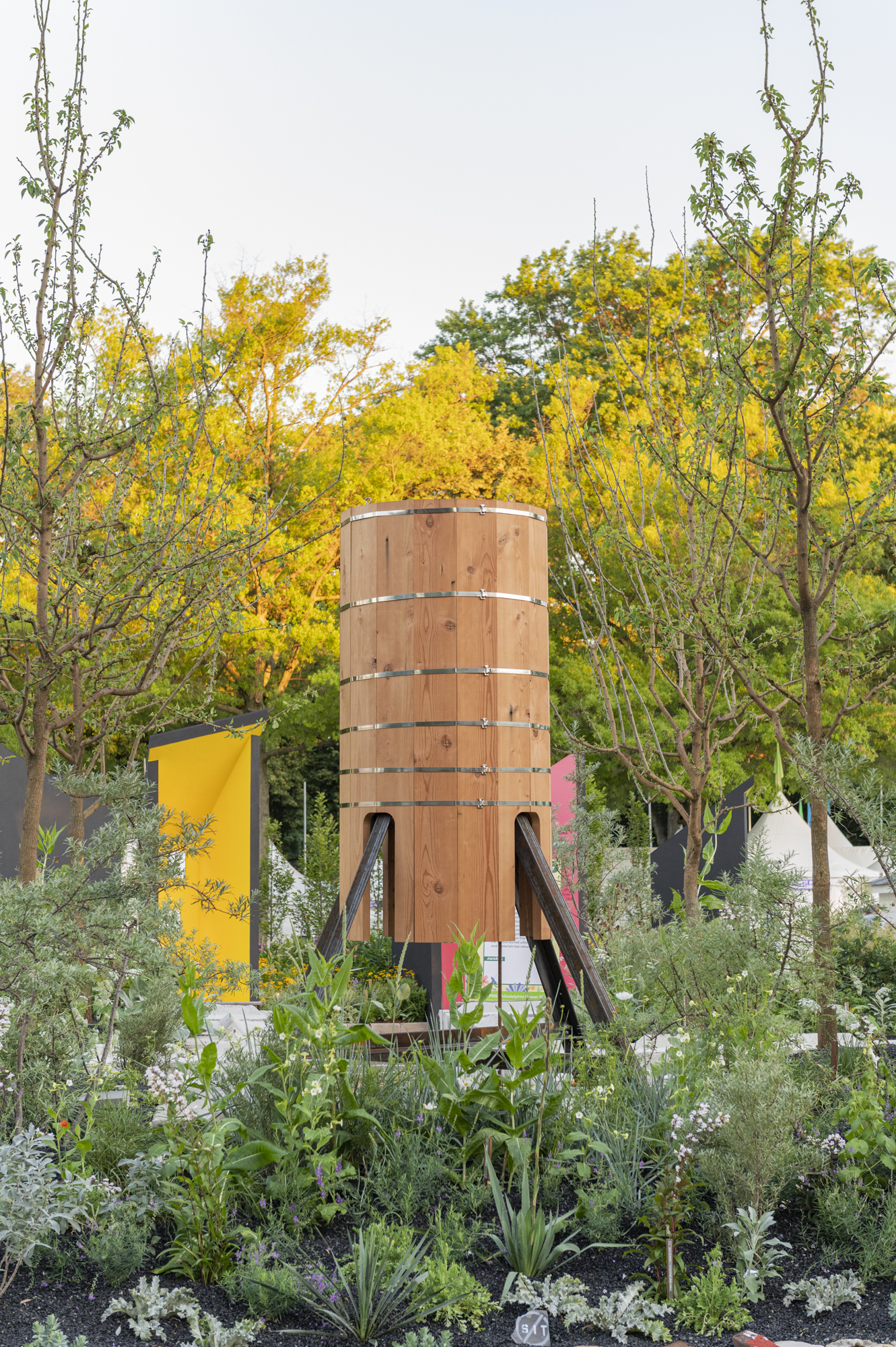 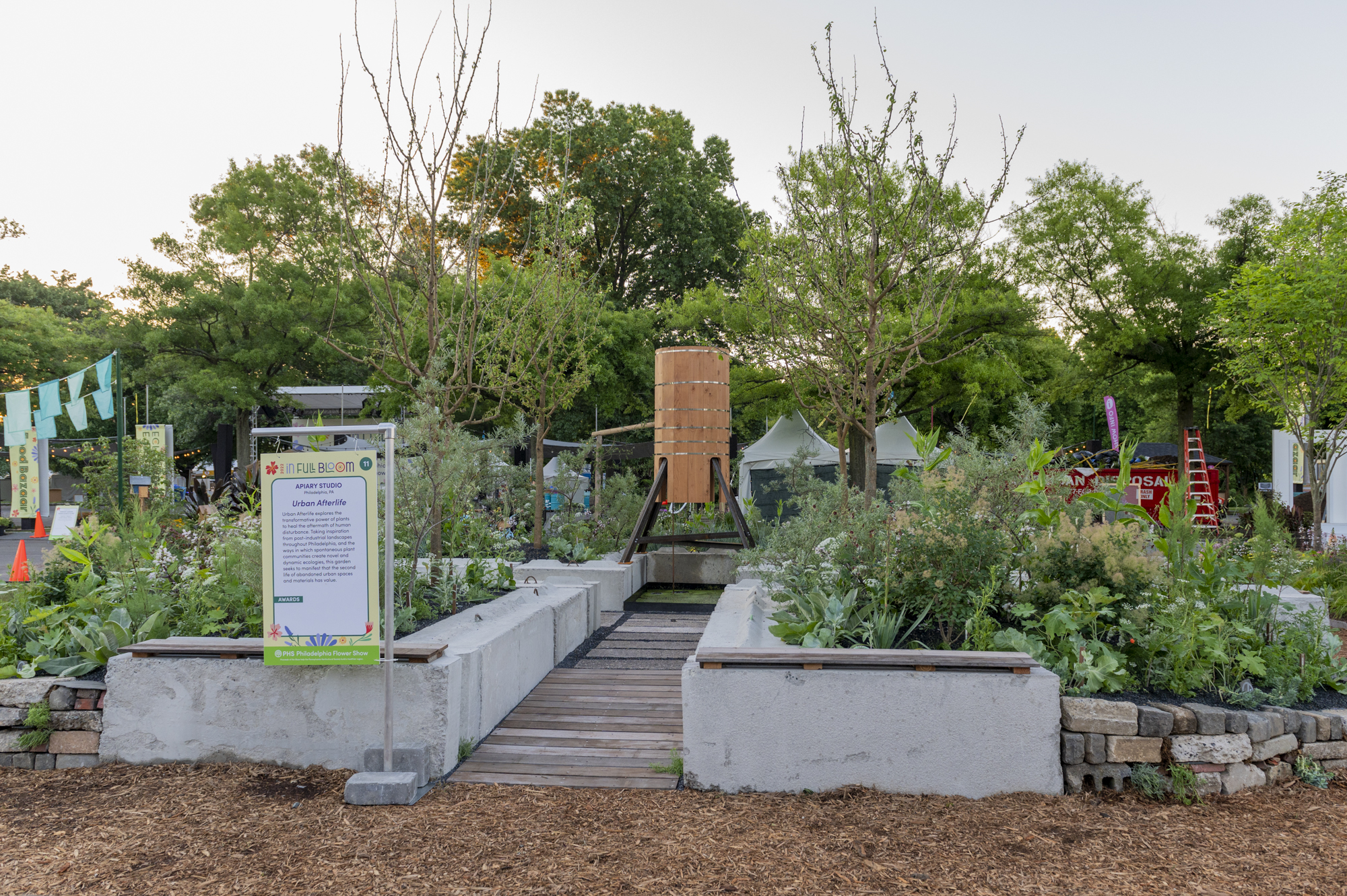 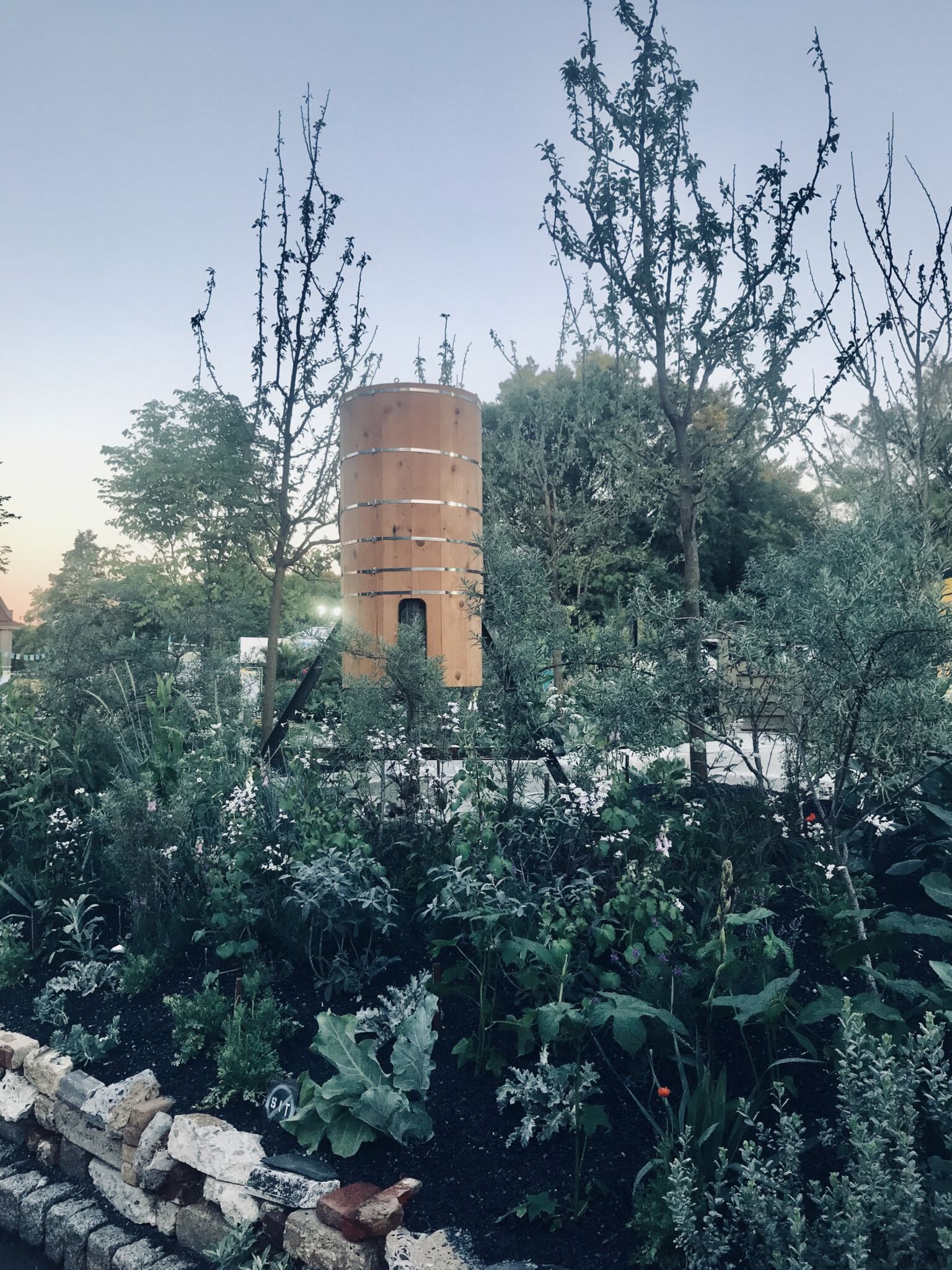 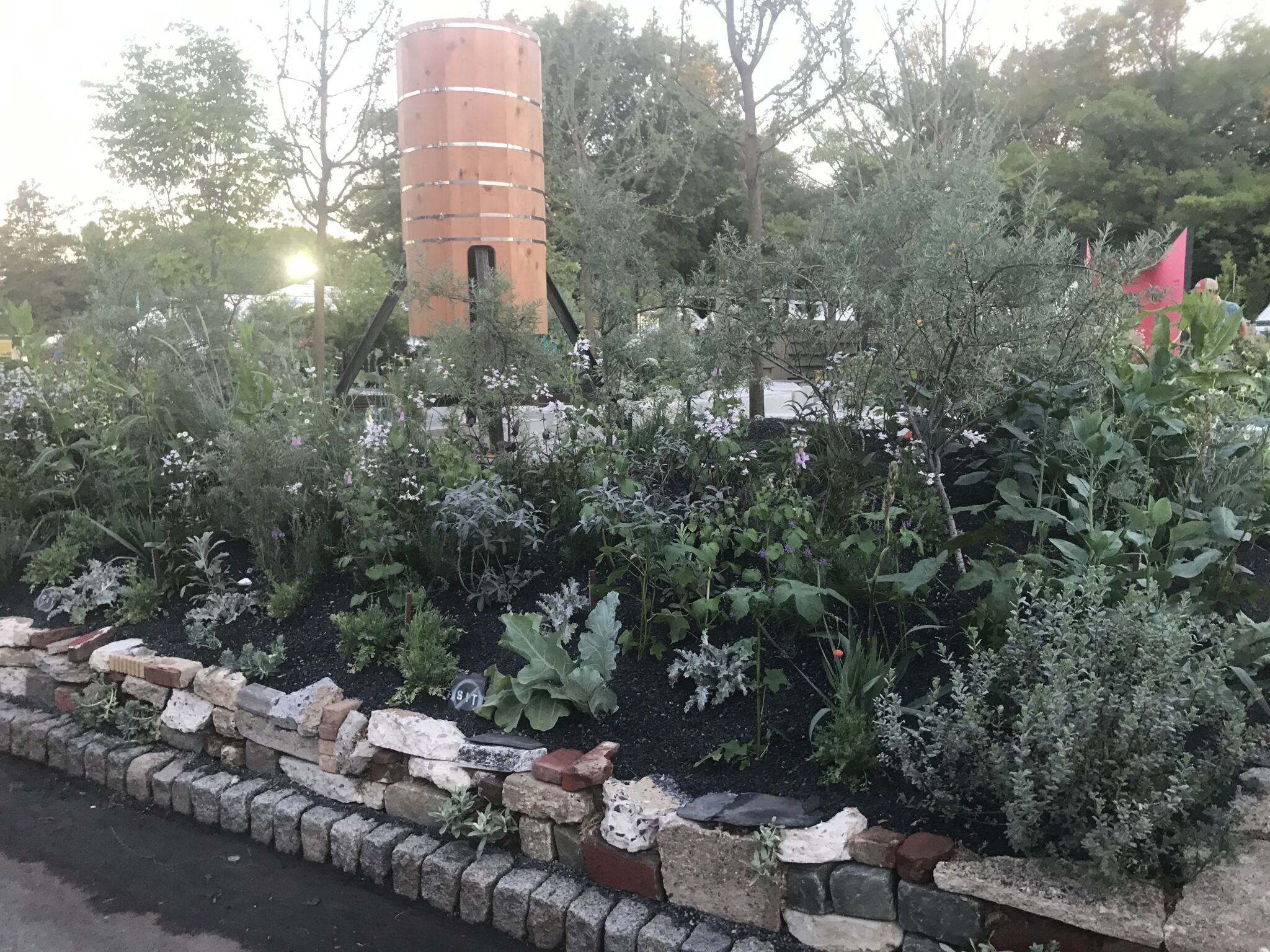 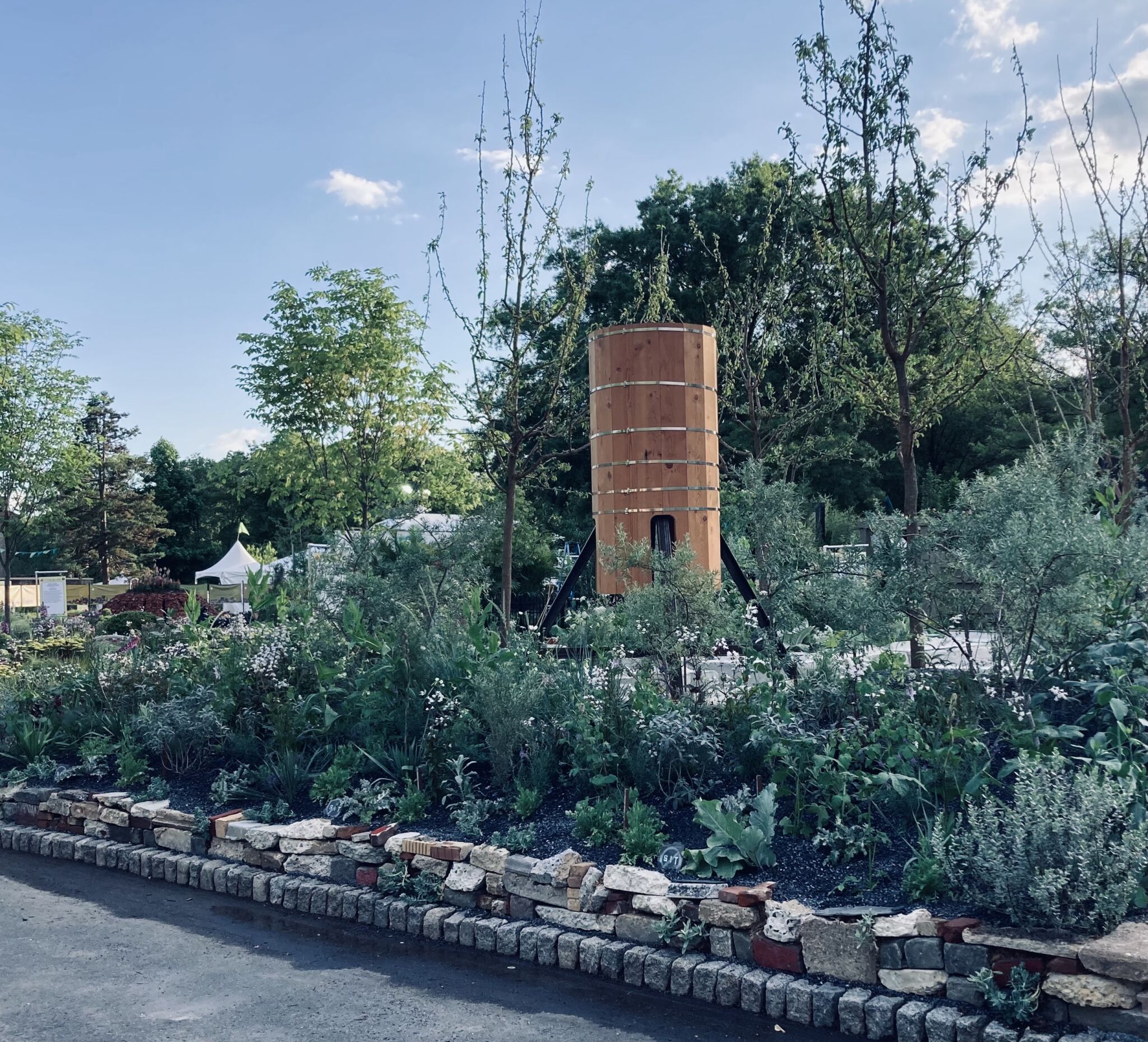 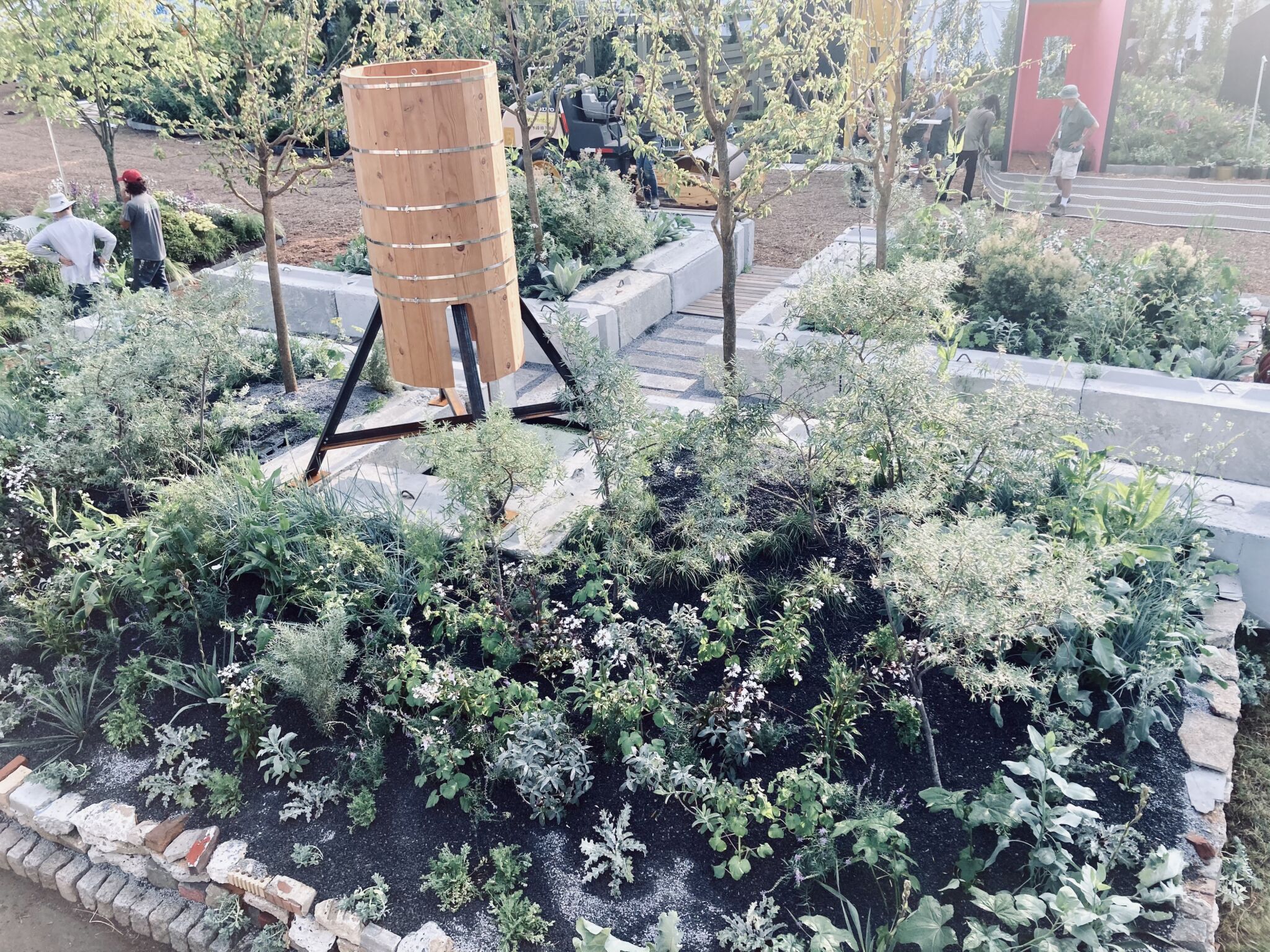