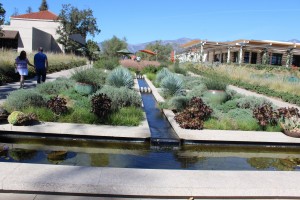 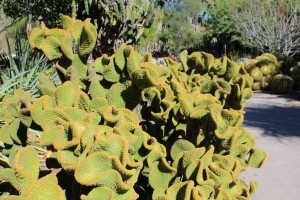 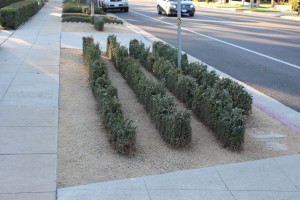 We recently had the pleasure of taking a road-trip across the American Southwest to visit several national parks, botanical gardens and cultural landscapes that would help inspire our work back home on the East Coast. The scale, grandeur and seeming physical impossibility of the Southwest landscape was truly inspiring to behold. The vibrant colors of the Painted Desert, the majesty and scale of the Grand Canyon, the remarkable adaptations of plant species to physical diversity in the Mojave Desert, all served to inspire our approach to and appreciation for landscape and the myriad ways it finds expression and exhibits evolution. 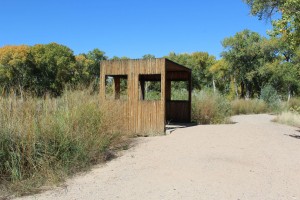 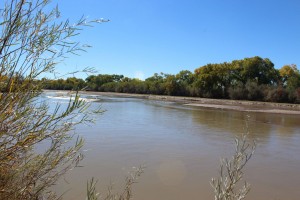 We first visited the Rio Grande in Albuquerque, New Mexico and marveled at the broad and shallow expanse of this seasonal river. The river bed is extremely wide, filled with low dams, cottonwood and willow stands and characterized by sinuous sediment deposits that must change shape every time it rains and the waters swell. This type of seasonal river was really interesting to experience, coming from a more temperate environment with more consistent precipitation and water levels. The river systems in this part of the country are adapted to both times of extended drought as well as rapid flooding and inundation. 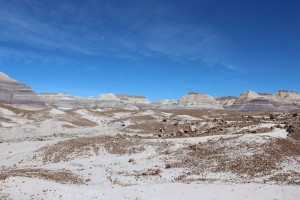 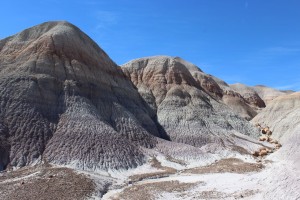 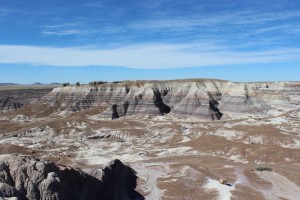 From Albuquerque, we drove to the Petrified Forest National Park in eastern Arizona, crossing the high desert of New Mexico and Arizona. What a vast, beautiful and desolate place that is! It was a remarkable experience: the lack of signs of civilization, the consistency and subtle changes in the dessert plant communities as we crossed the states and drove in a straight line for hours. We were not prepared for all that the Petrified Forest would offer; expecting to find a collection of beautiful and awe-inspiring million-year-old tree stumps, the park includes much much more than that. Having once been an enormous flood plane with dense stands of large trees, this landscape was covered in layer-upon layer of thick, iron-rich sediment, which piled up, coalesced and formed thick layers of rock over millions of years. The land was eventually lifted by seismic activity and carved-away to reveal rich and dramatically colored strata of sedimentary rock and buried tree trunks from the former stream banks. The iron-rich sediments were exposed to different levels of oxygen as they formed, allowing the iron to oxidize in different rates, creating a range of colors from blues and cool grays to reds, auburns, whites and yellow rock, all revealed in thick strata by the erosive forces of infrequent rains and seasonal streams, called “washes” and “arroyos” in this vernacular landscape. Our favorite part of the Painted Desert was the Blue Mesa, where we were able to walk through a canyon of slowly-eroding, enormous clay and rock mounds. 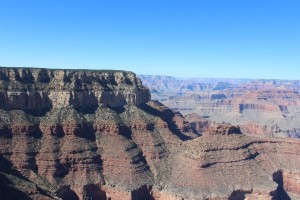 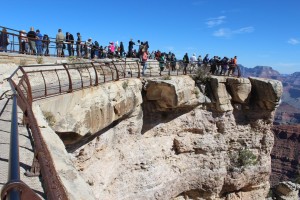 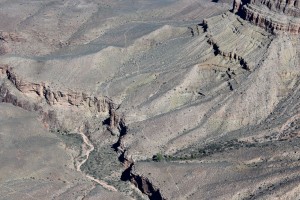 We then drove through central Arizona to spend a day and a night at the Grand Canyon, surely the most enormous and dramatic landscape I have ever witnessed. Carved over a period of about 5 million years from diverse rock formations by the Colorado River, the Grand Canyon is perhaps the most powerful place I have ever been. You can’t help but be reminded of how small and insignificant you are when confronted by the scale of this land form. The sensation is liberating and inherently optimism-inducing, at least for me. I walked away from it with a conviction that the Earth will certainly outlast any harm or scar that we could possibly visit upon it and that there will always be abundant sources for inspiration in nature. 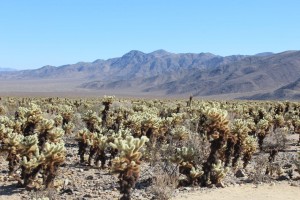 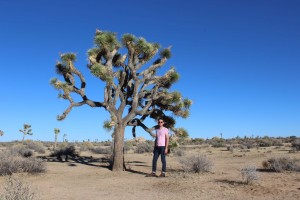 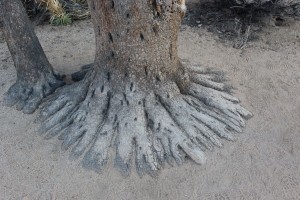 The final national park that we visited was Joshua Tree in Southwestern California, spanning the border of the Mojave and Colorado deserts. Joshua Tree was also remarkable, although less for the geology and land forms than for the strange and other-worldly plant communities that have evolved to survive there. Principle among the alien plants are the Joshua Trees themselves, which are essentially enormous Yucca trees from some Seussian world. The Cholla Cactus were also menacingly beautiful, with dense spines that collected and emitted the desert sun in a yellowish-glow and congregated in the thousands to form the Cholla Cactus Garden in the middle of the park. Other native plants abounded, most of which were beautiful but dormant during the dry season. 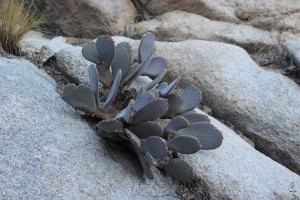 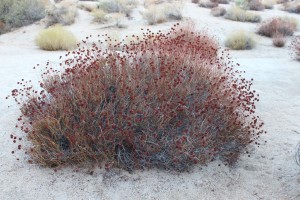 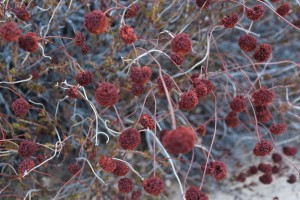